Coming back from Syria, Basij commander killed by Iranian protesters 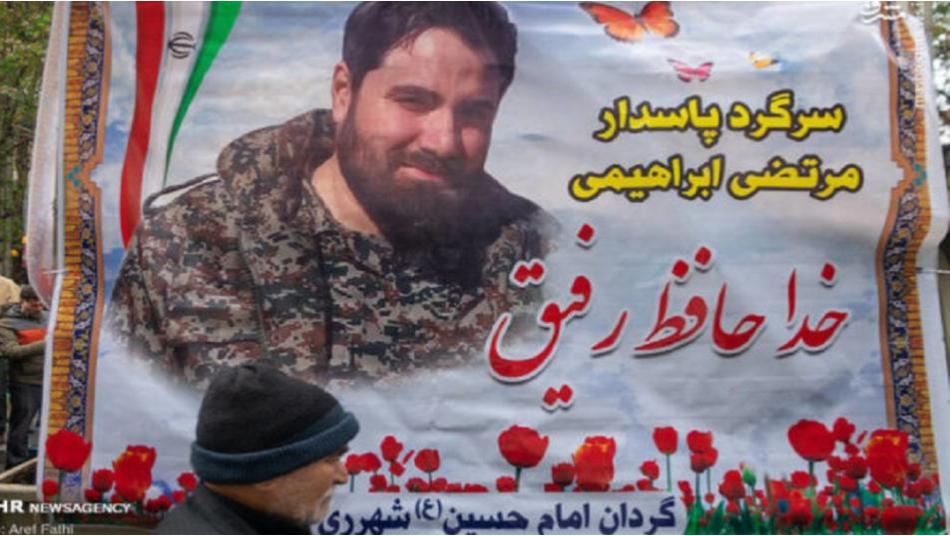 Orient Net
Basji militia announced the killing of one of its commanders in Iran on Wednesday (November 20) by protesters, local media outlets reported.
Murtada Ibrahimi, a commander in Imam Hussein Brigade was killed in Malrad in Tehran by the "rioters" who stabbed him to death, Mehr News agency said.
Ibrahimi has recently come back from Syria where Iranian militias killed, displaced hundreds of thousands of Syrians from their homes.
Iranian regime imposed the shutdown to stop opposition activists from communicating and posting online images of nationwide protests that erupted last Friday in response to the regime's abrupt 50% increase in the subsidized price of gasoline. The protests had spread to more than 50 urban centers in Iran by Saturday.
Amnesty International says Iranian regime has killed more than 100 protesters while other reports put the number at 200 since the beginning of the protests.