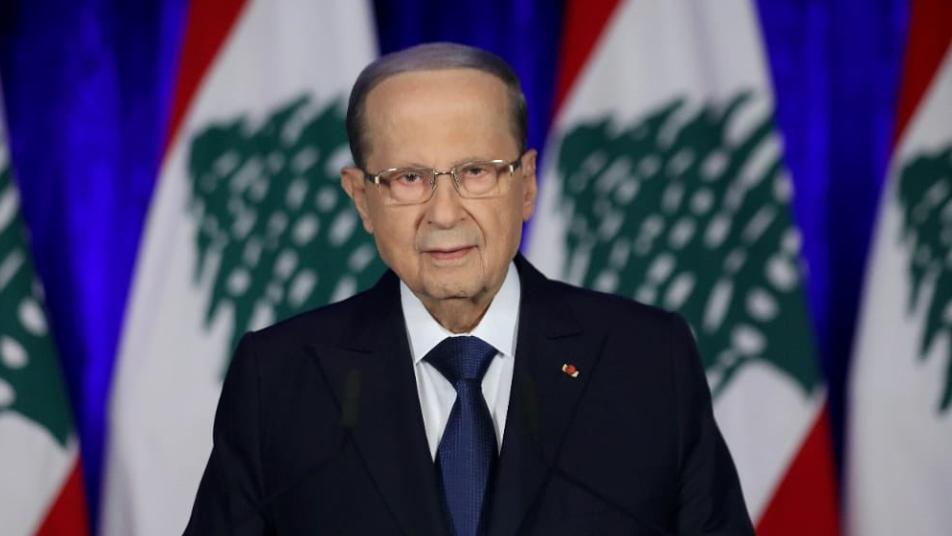 Orient Net
Lebanese President Michel Aoun said the month-long protests had "broken some of the previous taboos," by pushing the judiciary system into action in prioritizing anti-corruption law proposals.
He made the remarks on Thursday evening - the day before Lebanon's 76th Independence Day - in an address from the Baabda Presidential Palace.
He said consensus on government formation remained far off because of “contradictions that control Lebanese politics", but did not elaborate.
Aoun appealed to protesters to engage in dialogue to learn “their real demands and ways to implement them. Only dialogue is the right path to resolve crises.”
The president's office had previously announced a ceremony to celebrate Independence Day at the presidential palace on Friday had been cancelled because of “the current situation.”
Protesters, who have taken to main squares in major cities since October 17, have also plans for a civil celebration of the national day.