At least seven killed as Baghdad seeks to quell uprising 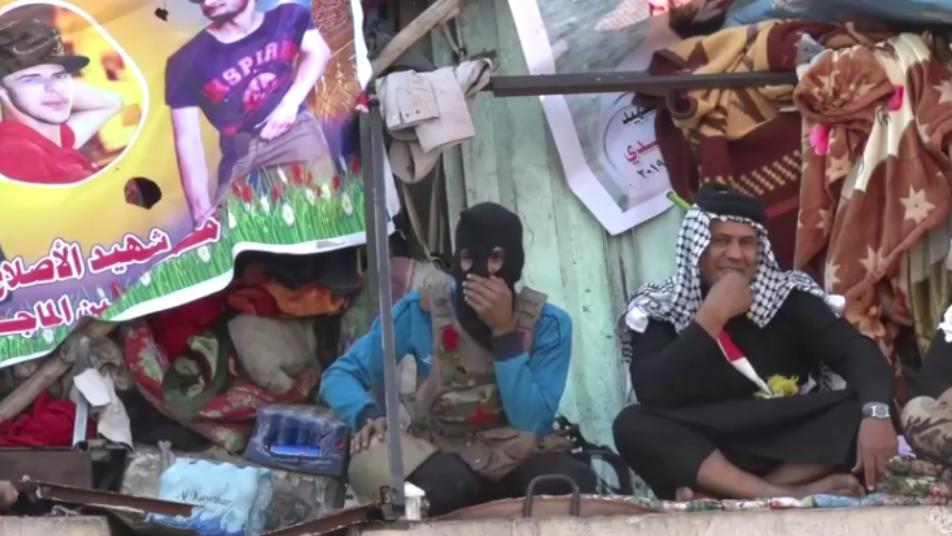 Orient Net
Seven people were killed on Thursday when Iraqi regime’s security forces shot live fire and tear gas canisters at demonstrators in Baghdad, security and medical sources said, in renewed deadly violence as authorities seek to crush anti-government protests.
The cause of death was live fire and tear gas canisters aimed directly at the head, the sources said, adding that at least 78 people were wounded in the unrest.
Police said earlier one protester was killed near Baghdad's Sinak bridge and one near the adjacent Ahrar bridge.
Two other critically wounded protesters died in hospital later, one from wounds caused by live fire shots to the head and the other struck in the head by tear gas canister, police and hospital sources said.
Three more were killed later in the day, including two by live fire near Ahrar bridge.
Hospital sources said some of the wounded protesters had injuries sustained from live ammunition and others were wounded by rubber bullets and tears gas canisters.
Protesters are still holding ground, controlling parts of three major bridges in central Baghdad, which lead to the Baghdad's fortified Green Zone, where government buildings and foreign embassies are located.
At least 325 people have been killed since the start of mass unrest in Baghdad and southern Iraq in early October, the largest demonstrations since the fall of Saddam Hussein in 2003
Deadly use of live ammunition, tear gas and stun grenades against mostly unarmed demonstrators have stoked the unrest.
The protests are an eruption of public anger against a ruling elite seen as enriching itself off the state and serving foreign powers, especially Iran, as many Iraqis languish in poverty without jobs, healthcare or education.