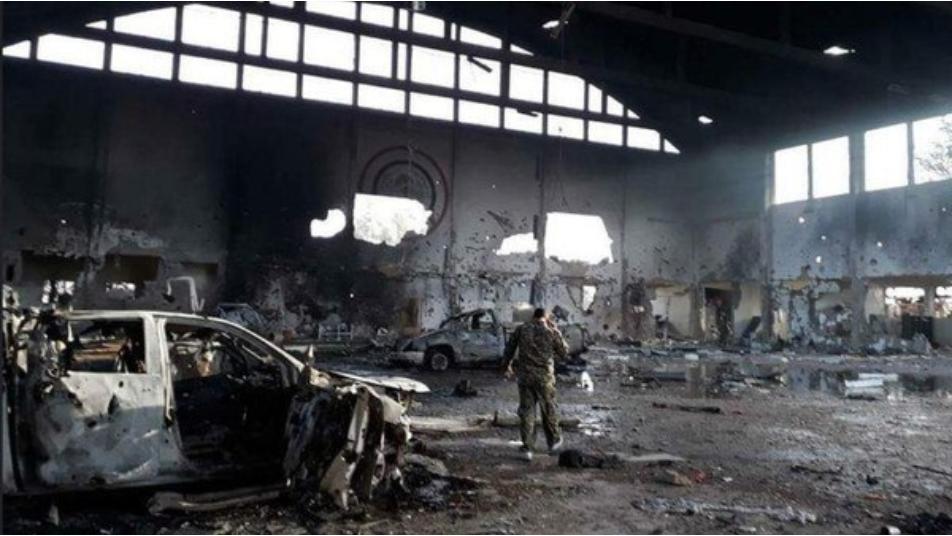 Orient Net
Israel said its aircraft struck dozens of Iranian and Syrian military targets in Syria on Wednesday (November 20) in retaliation for “rockets” fired towards Israel a day earlier.
Locations of Iranian regime’s militias were levelled to the ground, according to a website named Image Sat.
The Glass House, the most important headquarters of the Iranian Revolutionary Guard Corps’s al-Quds Brigade, was partially damaged.
The Glass House is located near Damascus Airport. It consists of 180 rooms and guarded by 1000 militiamen. The IDF has launched last night a series of raids at tens of targets that belong to the Iranian Quds force inside Syria and at the Shiite militias and also at targets belonging to the Syrian (Assad) regime," said Israeli military spokesman Lieutenant-Colonel Avichay Adraee.