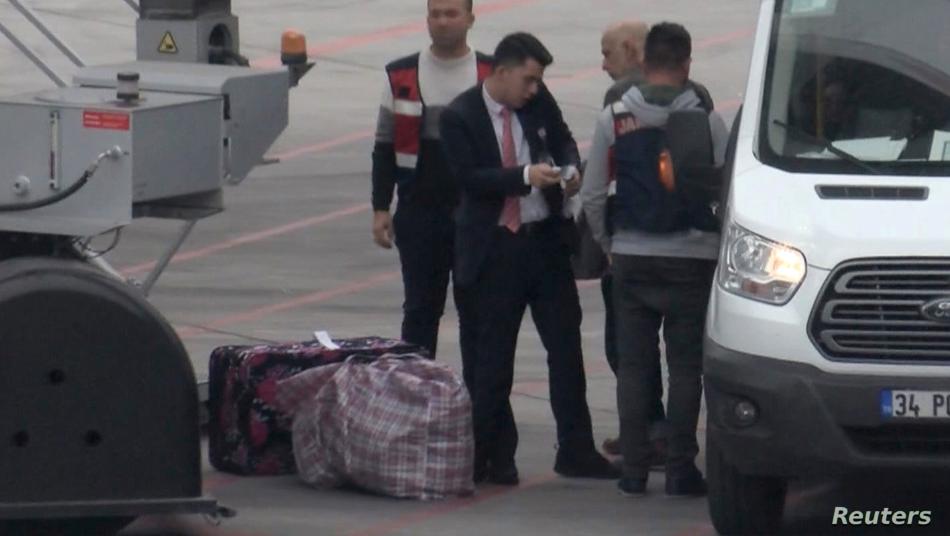 Still photo of detained German ISIS fighter
Orient Net
Turkey has sent a total of 15 foreign terrorist fighters to their home countries over the past eight days.
The process began following the statements of Turkish Interior Minister Suleyman Soylu on Nov. 2, underlining that “Turkey is not a hotel for ISIS members of any country."
A total of 10 German, a Danish, a U.K., an American, and two Dutch citizenship were deported from Turkey between Nov. 11-19.
There are still 944 foreign terrorist fighters in repatriation centers waiting to be sent back to their home countries, including one stateless.
On Nov. 9, Turkey’s interior minister announced his country would begin sending captured ISIS terrorists to their home countries.
The issue of handling of ISIS members and their families detained in Syria -- including foreign members of the terror group -- has been controversial, with Turkey arguing foreign-born terrorists should be repatriated to their countries of origin.
The story is mainly based on AA