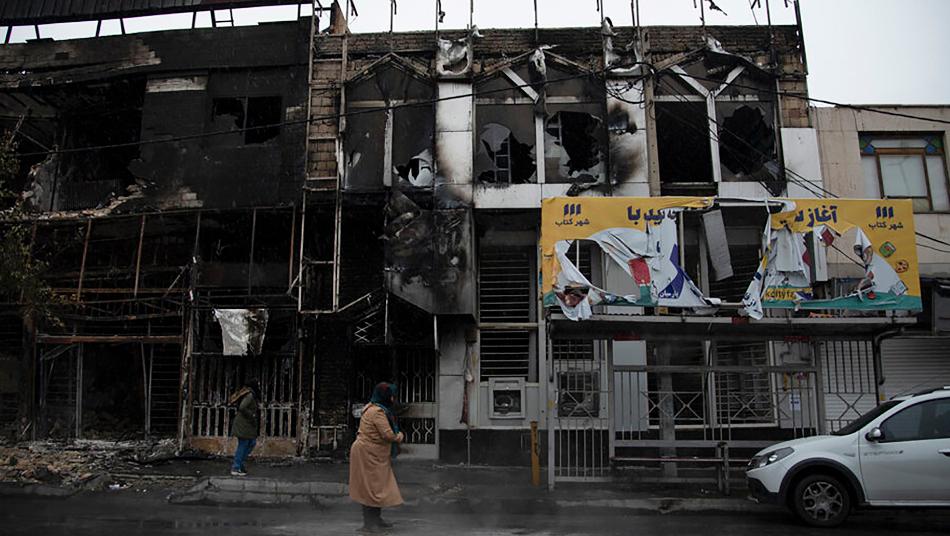 At least 106 protestors have been killed in 21 cities in Iran during unrest that broke out over fuel price rises last week, Amnesty International said on Tuesday. Conway G. Gittens reports.
More than 100 protesters have been killed by Iranian regime security forces since people took to the streets to protest fuel price hikes.
Human rights group Amnesty International  warned that some reports suggest it could be as many as 200 dead in 21 cities across Iran.
__new_in_first_article1__
Protests like this one have sprung up across the country after a hike in the cost of gasoline.
Iranian regime's Supreme Leader Ayatollah Ali Khamenei has blamed the turmoil on foreign enemies, including the US, denouncing protesters as "thugs".
The UN on Tuesday voiced concern at Iranian security forces use of live ammunition against demonstrators.
قيم هذا المقال 21 0