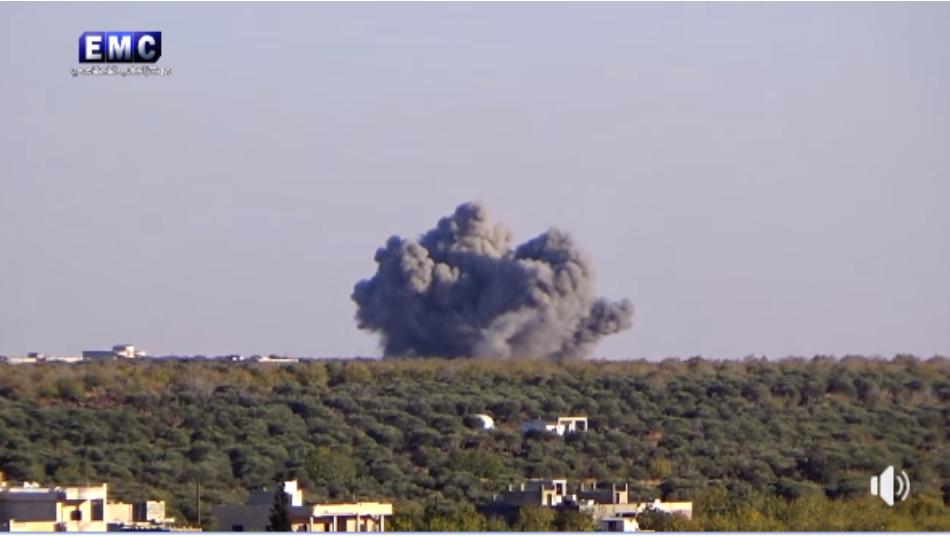 Assad airstrikes launched, opposition fighters recapture village in Idlib
__new_Underarticle_image_EN__
Orient Net
Russian warplanes have targeted with missiles many areas, including the village of Hamidyya in the south Maaret al-Nuaman in Idlib countryside, Orient News correspondent said.
Meanwhile, Idlib Media Centre posted pictures of what it called Assad death barrel bombs falling on the city of Kafranbel in the afternoon of Wednesday (November 20).

On their side, opposition fighters in the National Front of Liberation said they recaptured the village of al-Mesherfa in Idlib southern countryside, killing and capturing a number of Assad terrorists and destroying a number of Assad military vehicles.
Assad terrorists and their Russian allies advanced and occupied Hama northern countryside and some areas in Idlib southern countryside after they launched a relentless bombing campaign from the 30th of March to the end of August, a ceasefire was reached then but this ceasefire is largely violated and dozens of civilians are killed.