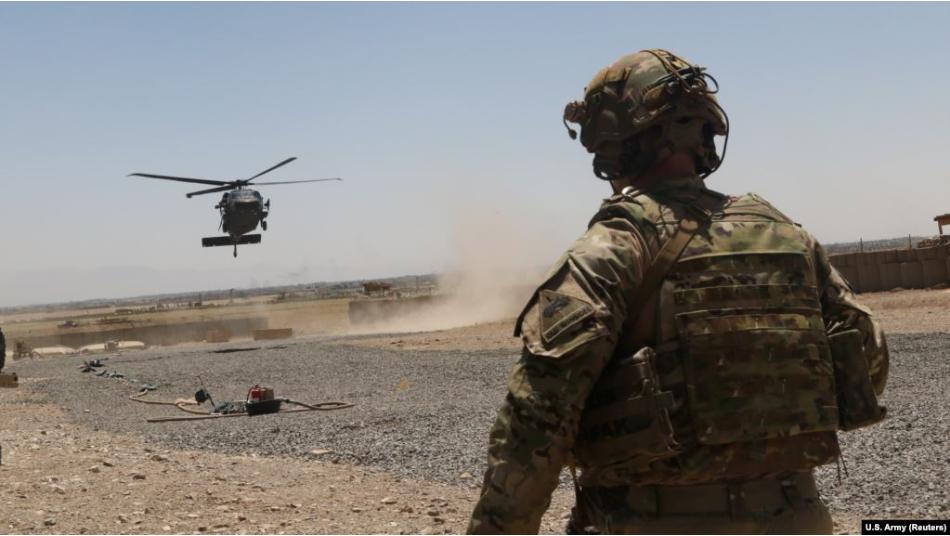 Orient Net
Two United States service members were killed in a helicopter crash in Afghanistan on Wednesday, the US military said in a statement.
“The cause of the crash is under investigation, however preliminary reports do not indicate it was caused by enemy fire,” the statement said.
The Afghan Taliban claimed responsibility for downing the helicopter, which it said crashed in Logar province south of the capital Kabul.
“US Chinook helicopter shot down and completely destroyed last night while trying to raid Mujahideen (Taliban) position in Pangram area of Sarkh, Logar,” Taliban spokesman Zabihullah Mujahid said in a tweet.
It was not possible to independently verify the group’s claim.
The Taliban often claims responsibility for accidental crashes, and the Afghan government ruled out their involvement.
“There was no involvement of the enemy fire in the helicopter crash and no Afghan security force member is hurt,” said Fawad Aman, a spokesman for the Afghan defense ministry.
The crash comes a day after the Taliban swapped two Western hostages for three of its commanders held by the Afghan government, raising hopes of a thaw in relations between the militant group and coalition forces.