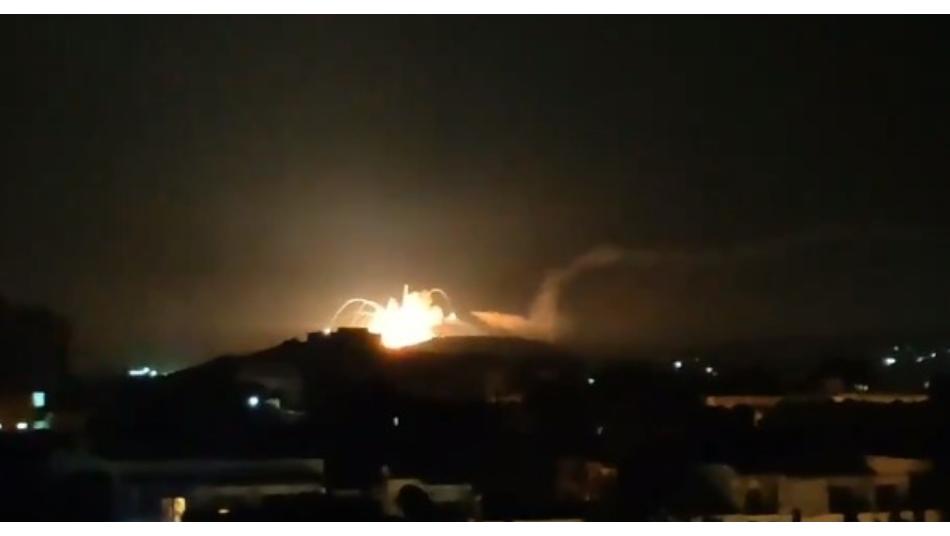 Orient Net
Two civilians were killed and a number of people were injured in an Israeli attack on the Syrian capital of Damascus, Assad media said on Wednesday.
Meanwhile, eleven people were killed in the Israeli strikes on Syria on Tuesday night, according to reports by the Associated Press. The report indicates that seven of the casualties are non-Syrians who are likely Iranian.
Israel attacked Iranian and Assad military targets in Syria on Wednesday in what it said was retaliation for rockets fired toward Israel the day before, Israeli military spokesman Lieutenant-Colonel Avichay Adraee said.
Assad militia has not responded to the attack.
“Warplanes raided dozens of military targets belonging to the Iranian Quds Force and the Syrian (Assad) Army inside Syrian territory, including surface-to-air missiles, headquarters, weapons depots and military bases, in response to yesterday’s rocket fire from Syria towards Israel,” Adraee said on Twitter.
Dozens of Israeli attacks were conducted in Syrian in the last years against Assad regime in Damascus, Deir ez-Zoor, Mesyaf and Aleppo where Assad terrorists were killed and Assad or Iranian ammunition depots were destroyed.