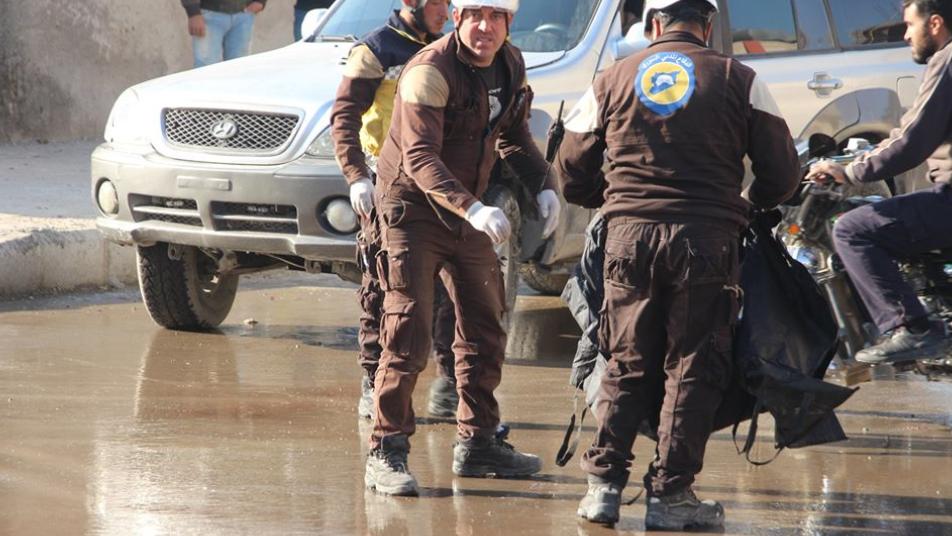 White Helmets Photo
Orient Net
An explosion ripped through Aleppo countryside on Tuesday (November 19), killing and injuring civilians, Orient correspondent said.
A motorbike bomb exploded in a crowded area in Jarablus city, killing a civilian and injuring five other civilians.
No group has claimed responsibility for the attack.
On Saturday, 18 civilians were killed and others injured after a car bomb blast ripped through in the passenger terminal in the heart of al-Bab city in Aleppo countryside.
Several explosions have ripped through the densely populated opposition-held areas in northern Syria, including areas controlled by the Turkey-backed opposition factions.