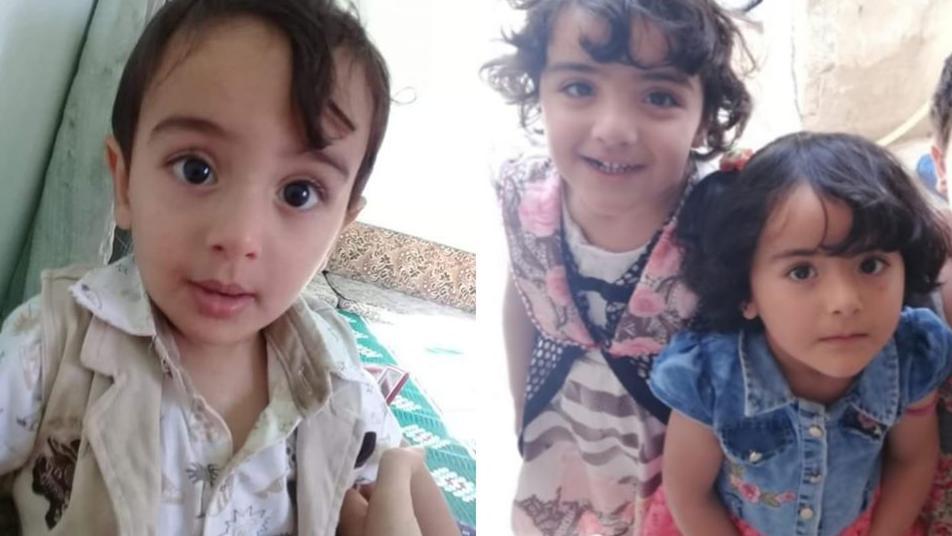 These two angels Jana and Safa and their brother Mohammed Haj Hamidi were among the six victims of the Russian raids on Friday (November 15) that targeted the town of al-Bara in southern Idlib countryside (White Helmets Photo).
Orient Net
The Syrian Network for Human Rights (SNHR) confirmed in a report issued on Monday (August 18) that the military escalation in northwest Syria is still ongoing despite the convening of the Constitutional Committee meetings, noting that 56 civilians, including 19 children, were killed at the hands of Russia and Assad regime in 16 days.
The report outlines the historical context of the military escalation in the northwestern region of Syria from April 26 to November 15, 2019, and the events that took place such as the ceasefire agreements announced on August 1, 2019 and on August 31, 2019, in addition to the Assad regime reusing barrel bombs on civilian areas and the resumption of the Russian Air Force its air strikes on the region.
Fadel Abdul Ghany, Chairman of the Syrian Network for Human Rights, says: The Russian-Assad alliance did not care about the Constitutional Committee starting its work, and continued to kill civilians and bomb vital facilities and populated areas and to displace the population, thus committing violations, some of which amounting to war crimes.
The report documents the deaths of 1,124 civilians, including 301 children, 186 women (adult female), and 42 massacres, in northwest Syria at the hands of Assad-Russian alliance forces between April 26, 2019, and November 15, 2019, of whom the Assad regime killed 853 civilians, including 234 children and 143 women, and committed 31 massacres, while Russian forces killed another 271 civilians, including 67 children and 43 women, and committed 11 massacres. The report also notes that Assad-Russian alliance militias killed at least 15 medical personnel, 10 Civil Defense personnel, and two media workers, and carried out at least 500 attacks on vital civilian facilities.
The report also notes that between April 26 and November 15, the Assad regime carried out several attacks using nail-filled missiles fired by heavy machine guns mounted on fixed-wing L-39 warplanes, with the report able to document at least seven such attacks. According to the report, the Assad Regime air force, using both fixed-wing aircraft and helicopters, dropped at least 3,631 barrel bombs on northwest Syria during the same period.
The report outlines the record of the most notable violations between October 30, the date of the recent military escalation’s start, and November 15, 2019. The report documents that Assad-Russian alliance forces killed at least 56 civilians, including 19 children, six women, and committed one massacre, 20 of whom were killed at the hands of Assad Regime militias, including six children and two women, while Russian forces killed 36 civilians, including 13 children, four women, and committed one massacre. The report also documents the death of one medical worker, one Civil Defense worker and one media activist, all at the hands of Syrian Regime forces, during the same period
The report reveals that at least 46 attacks were carried out on vital civilian facilities in northwest Syria at the hands of Assad-Russian alliance militias from October 30, to November 15, 2019, adding that the Assad Regime air force, using both fixed-wing warplanes and helicopters, dropped at least 54 barrel bombs during the same period.
The report calls on the UN Security Council to pass a resolution to stabilize the ceasefire in Idlib and to include punitive measures for all violators of the cease-fire, to ensure the establishment of peace and security and the implementation of the principle of the Responsibility to Protect civilians and save Syrians’ lives, heritage and cultural artefacts from destruction, pillage and vandalism, to pass a resolution concerning some seven million internally displaced persons in Syria that addresses forced displacement, to ensure that this does not become a long-term crisis, to put pressure on the Assad regime to end displacements, and to enact laws aimed at preventing the plunder of displaced persons’ properties and possessions.