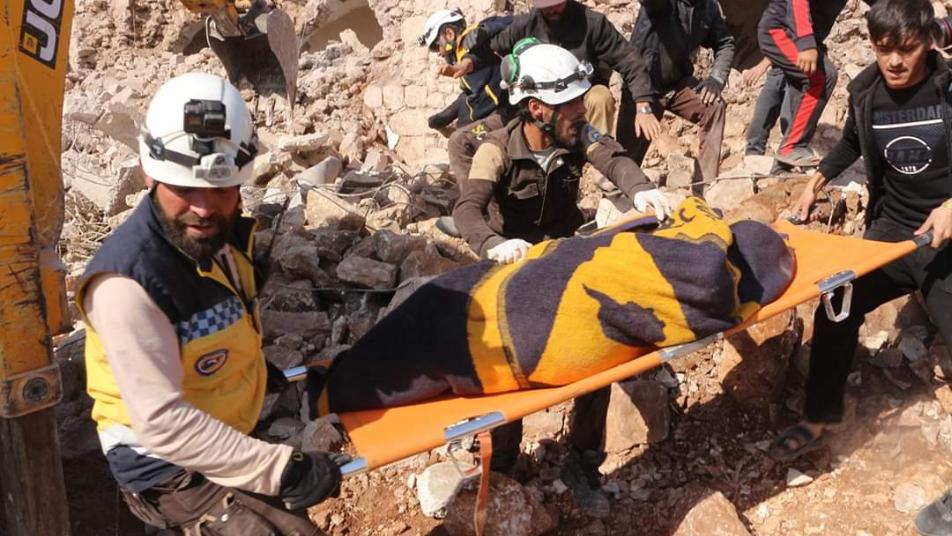 White Helmets Photo
Orient Net
Russian warplanes and Assad helicopters intensified bombardment on the demilitarized zone (DMZ) of Idlib countryside on Sunday (November 17), killing 13 civilians, including four women and injuring 12 others, including a child and a volunteer, violating a ceasefire announced by Russia on the 31st of August, Orient correspondent said.
The warplanes targeted on Sunday civilian homes in al-Melajeh village, killing five civilians from the same family, including four women and injuring three others including a seriously injured little girl. 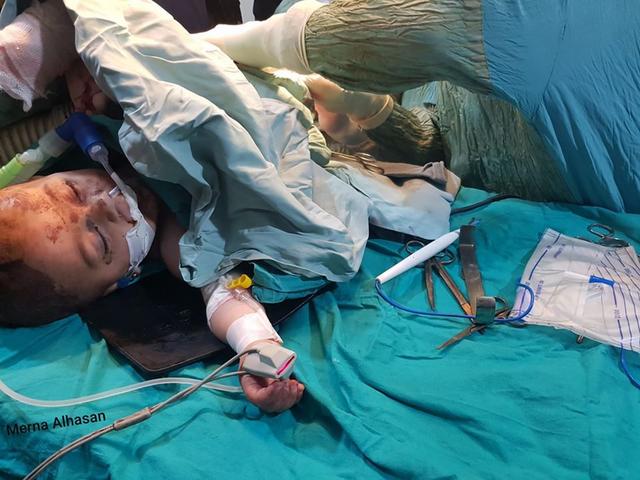 Meanwhile, the warplanes targeted civilian homes in Saraqib city, killing four men and injuring seven others, including Musa Taleb, a White Helmets volunteer.
The warplanes also killed three civilians in Jabala town near Jabal al-Arabaeen.
A man sustained to his wounds in al-Bara city on Sunday, raising the number of civilians massacred by the warplanes that targeted the city on Friday to six, including three children, Jana and Safa and their brother Mohammed Haj Hamidi and a woman.
Barrel bombs were dropped on Kafranbel, al-Fetira and other villages in Idlib countryside, injuring civilians.
On Wednesday, the warplanes killed two brothers and their grandfather and injured others of the same family in Maaret Hermeh village in Idlib southern countryside.
Assad-Russian warplanes have committed dozens of massacres in Idlib and Hama countryside since they launched their bombing campaign on the 30th of April, largely violating the de-escalation zone deal reached between Russia and Turkey.