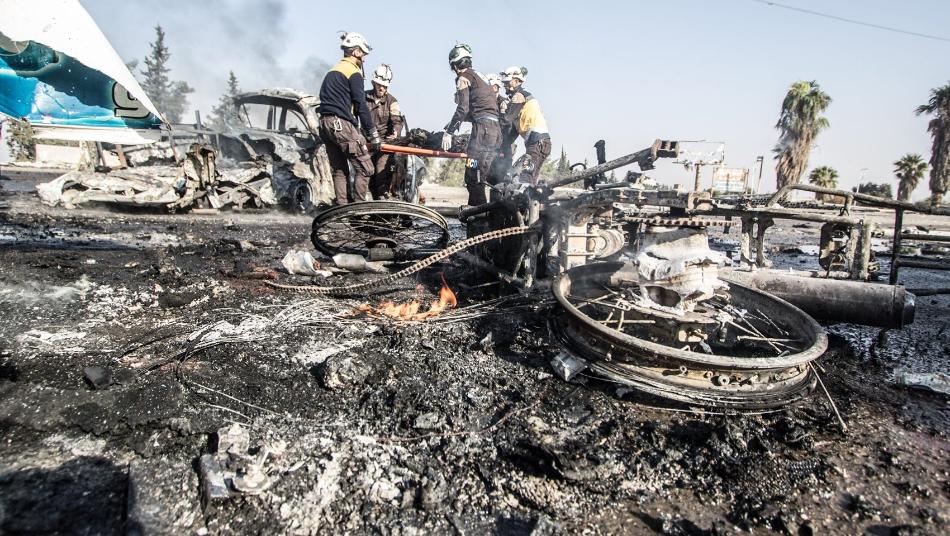 "Four civilians were killed and more than six others were injured in Saraqib after the Assad-Russian warplanes targeted the north of the city," Saraqib Ambulance System said.

Barrel bombs were dropped on Kafranbel, al-Fetira and other villages in Idlib countryside.
Seven people including three siblings were killed in Syria's Idlib countryside on Friday (November 15) following similar air strikes and shelling by regime militias, said civil defence group, the White Helmets.
Russian President Vladimir Putin said on Thursday (November 14) that Moscow felt it still had a lot of work to do in the opposition-held region of Idlib. The statement was explained by Syrians as Moscow had to kill more children and civilians in Idlib.
Assad-Russian warplanes have committed dozens of massacres in Idlib and Hama countryside since they launched their bombing campaign on the 30th of April, largely violating the de-escalation zone deal reached between Russia and Turkey.