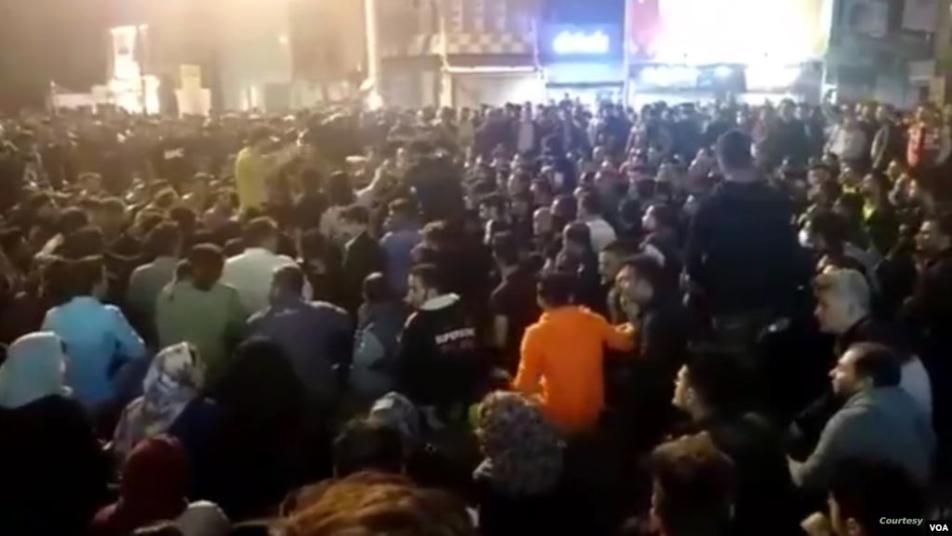 Orient Net
Sporadic protests broke out in several Iranian cities following the government’s decision to set quotas on gasoline purchases and dramatically increase fuel prices.
The regime-run IRNA news agency early on November 16 said protests in one city, Sirjan, were particularly “fierce” amid reports of clashes breaking out in Mashhad, Ahvaz, Bandar Abbas, Shira, and other cities.
IRNA said protesters in Sirjan attacked the "oil depot of the city and aimed to set fire to it" but were prevented from doing so by security officers.
The demonstrations, while not as widespread as some in the recent past, come two days after the government said it was rationing gasoline purchases and increasing prices as the economy continues to be hit by US sanctions.
The protests have the possibility of adding pressure on the head of the Iranian regime Hassan Rohani ahead of parliamentary elections scheduled for February.
In the holy city of Mashhad, home to the Shi’ite shrine of Imam Reza, dozens of demonstrators stepped out of their vehicles in traffic to protest, IRNA reported.
The protest broke up after police warned demonstrators to leave, the report said.
In Sirjan, 800 kilometers southeast of the capital, Tehran, “protesters tried to set fire to the oil depot, but they were stopped by police,” IRNA reported, without providing details.
Online videos appeared to show fire at the depot, with sirens going off in the area. One video showed a crowd shouting: “Rohani, shame on you! Leave the country alone!”
Videos showed police firing tear gas on crowds in oil-rich Khuzestan Province.
In Ahvaz, hundreds of men and women protesters blocked the road with a sit-in and chanted, “We will reclaim our rights but not be oppressed.”
After months of rumors, officials on November 14 said a 60-liter monthly limit of gasoline was being set on every private automobile and that prices will go up to about 12.7 US cents a liter from nine cents.
Prices for taxis and ambulances will also be at 12.7 cents a liter for up to 500 liters.
Iran, which has huge energy reserves, still has some of the lowest fuel prices supported by government subsidies.
However, the country is struggling to meet its domestic fuel needs because of a lack of refining capacity. International sanctions add to the problem by limiting the supply of spare parts to repair and upgrade facilities.
Based on RFE