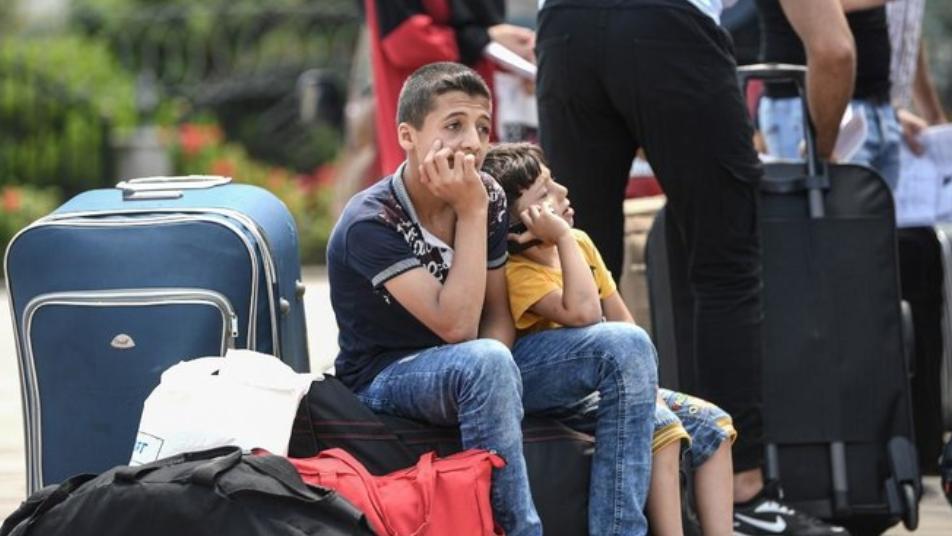 AFP (File Photo)
Orient Net
Turkey has sent more than 6,000 Syrian migrants in Istanbul to temporary housing centers in other provinces since early July, the local governor’s office said on Friday (November 15), two weeks after a deadline for Syrians not registered in the city to leave.
Authorities had given Syrians not registered in Istanbul until Oct. 30 to move to another province or face forced removal from the city.
Turkey hosts more than 3.6 million Syrians, the largest population of Syrians displaced by an eight-year war. The number of Syrians in Istanbul, a city of some 15 million, has swelled to more than half a million.
The Istanbul governor’s office said 6,416 unregistered Syrians were removed from Istanbul since July 12.
Amnesty International and Human Rights Watch last month published reports saying Turkey is forcibly sending Syrian refugees to northern Syria. Turkey’s Foreign Ministry called the claims in the reports “false and imaginary.”
The governor’s office also said it had sent 42,888 illegal migrants to provinces that have repatriation centers, adding that their deportation process is continuing in those centers.
Based on Reuters