US ambassador to Ukraine to testify in Trump impeachment probe 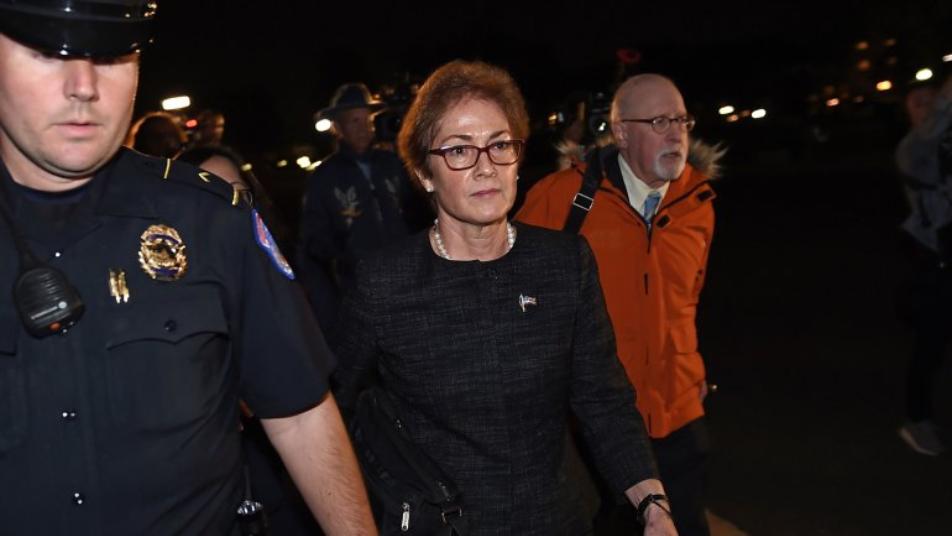 Orient Net
The former US ambassador to Ukraine, whom President Donald Trump called “bad news” before firing her, will be in the spotlight on Friday when she testifies at the second day of televised impeachment hearings.
The session before the House of Representatives Intelligence Committee, scheduled to begin at 9 a.m. (1400 GMT), is part of the Democratic-led impeachment inquiry that threatens Trump’s presidency even as he seeks re-election in November 2020.
Marie Yovanovitch was removed from her post as ambassador to Kiev in May after coming under attack by Trump’s personal lawyer, Rudy Giuliani, at a time when he was working to persuade Ukraine to carry out two investigations that would benefit the Republican president politically.
Giuliani was trying to engineer Ukrainian investigations of Democratic presidential contender Joe Biden and the former US vice president’s son Hunter, who had served as a board member for the Ukrainian energy company Burisma, as well as a debunked conspiracy theory embraced by some Trump allies that Ukraine, not Russia, interfered in the 2016 US election.
The focus of the impeachment inquiry is on a July 25 phone call in which Trump asked Ukrainian President Volodymyr Zelenskiy, who was elected in May, to open the investigations.
Democrats are looking into whether Trump abused his power by withholding $391 million in US security aid to Ukraine as leverage to pressure Kiev. The money approved by the US Congress to help a US ally combat Russia-backed separatists in the eastern part of the country, was later provided to Ukraine.
Based on Reuters