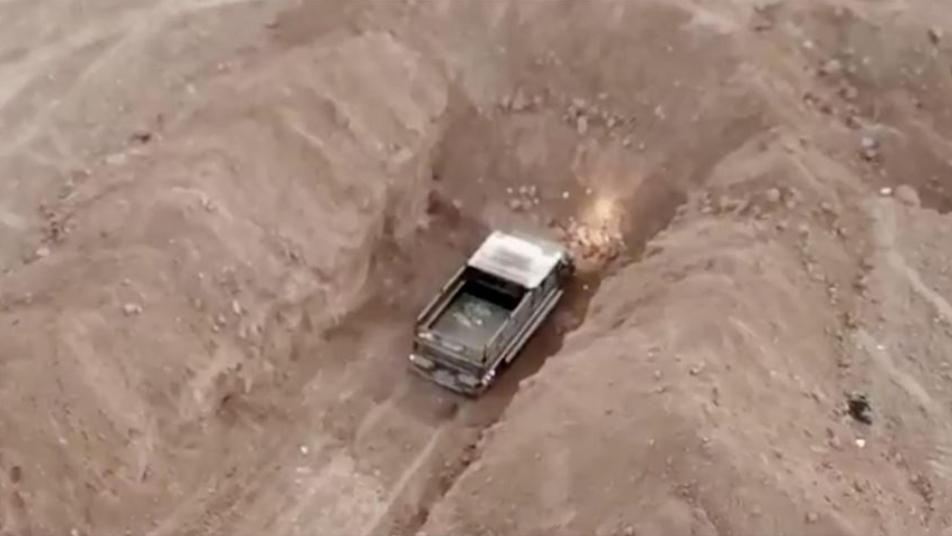 The Turkish military successfully defused a bomb-laden vehicle in Syria’s Tal Abyad, preventing a terrorist attack by the PKK’s Syrian offshoot, the People’s Protection Units (YPG), the Ministry of Defense said Thursday (November 14).
The ministry noted that the terrorists were planning to carry out a car bomb attack targeting civilians in northern Syria’s Hamam Turkuman.
“The vehicle was towed to a vacant area and detonated in a controlled manner to prevent damage to urban areas,” the ministry said.
Meanwhile, the Syrian National Army (SNA) Major Hussein Hammadi, who is the commander of the army’s eastern faction, said that the YPG terrorists used stolen vehicles of civilians to carry out suicide attacks in liberated areas.
The YPG terrorists allegedly installed bombs on the vehicles of civilians detained in areas under their control, and detonated them when these civilians reached liberated areas, Hammadi told Al Khabur.
__new_in_first_article1__
The car bomb attack, which claimed the lives of seven civilians on Sunday was also carried out with a car equipped in a similar manner.
Earlier this month, 20 civilians were killed and others injured after the blast ripped through near al-Ghanem Petrol Station in the heart of Tel Abyad city.
Tel Abyad is one of two major border towns that were the initial focus of Turkey's cross-border operation in recent weeks to capture territory from Kurdish militia in northern Syria.
The town is where some of the heaviest fighting has taken place since the Turkish military-backed Syrian National Army launched its incursion last month in northeast Syria against the YPG, which for years was allied to the United States in the fight against ISIS.
Based on DS
قيم هذا المقال 11 0