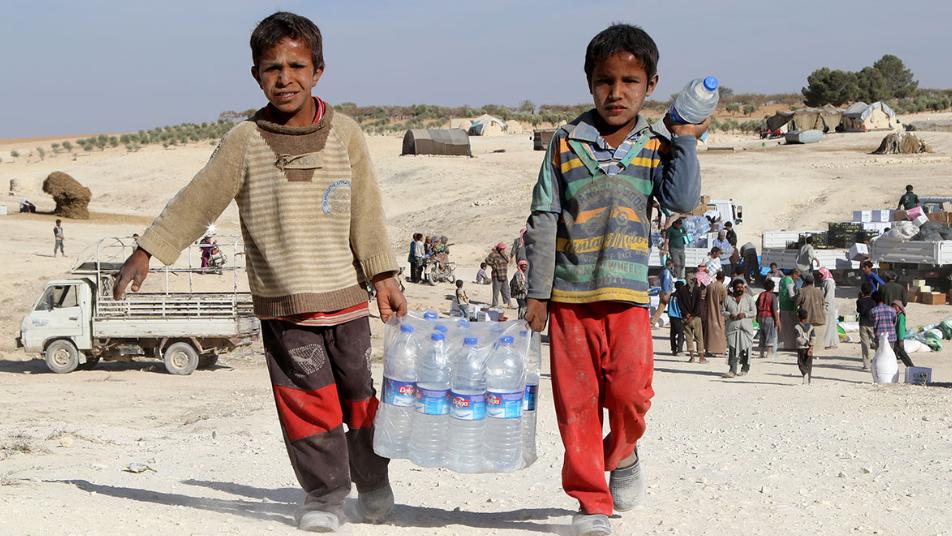 File Photo: Mustafa Sultan/AA
__new_Underarticle_image_EN__
Orient Net
The top UN humanitarian official appealed the Security Council on Thursday (November 14) for the renewal of an operation that delivers life-saving food and other aid relief to some four million civilians in northern Syria.
The mandate of the cross-border mechanism operating from Turkey will expire in January.
“Without the cross-border operation, we would see an immediate end of aid supporting millions of civilians,” Mark Lowcock, the UN Under Secretary-General for Humanitarian Affairs, told the Council.
“That would cause a rapid increase in hunger and disease. A lot more people would flood across the borders, making an existing crisis even worse in the region.”
The cross-border operation was mandated under UN Security Council Resolution 2165 of July 2014.
Since then, nearly 30,000 trucks have brought food, water, medical items, shelter and other assistance into Syria.
__new_in_first_article1__
Mr. Lowcock said the operation has grown by more than 40 per cent over the same period last year due to rising needs.
The UN relief chief visited the operation last month, describing it as “one of the most closely scrutinized aid delivery systems in the world today”.
All movements and deliveries are monitored during the entire journey: from the border, to warehouses in Syria, to distribution points, and at delivery.
“Nothing in life is completely risk-free but I can say with confidence that the UN knows what is going across the border under our programme and where it is going,” he stated. “We know that help is reaching the civilians who need it.”
Overall, 11 million Syrians, or half the population, require humanitarian assistance, as the war there approaches its ninth year.
Recently, increased airstrikes and ground strikes in the northwest have caused a high number of civilian casualties. There were more than 100 in the past two days alone, Mr. Lowcock said.