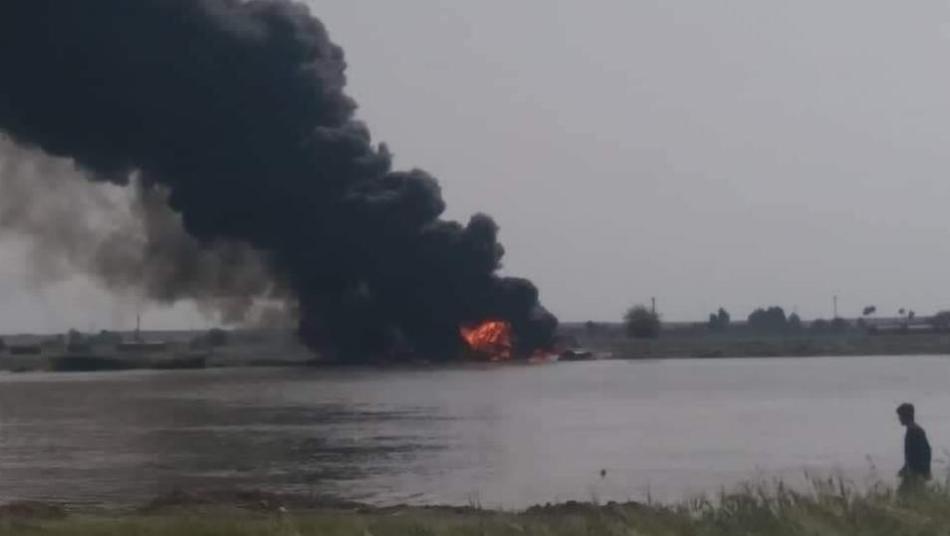 Orient Net
Unidentified airstrikes bombed on Wednesday (Nov 13) a number of Assad vehicles and ferries which transport oil to Assad regime on the Eurphrates river in Deir ez-Zoor countryside, local sources said.
Ein al-Furat said warplanes destroyed ferries and trucks and tankers owned by Assad militias near the town of Bekres in al-Shehil countryside without mentioning if there were deaths caused by this bombing.
Other media sources said the airstrikes came after US-led coalition flew at low altitude in Deir ez-Zoor and al-Bukamal where loud explosions were heard.
Deir ez-Zoor is divided into two halves, the first is controlled by the US-led coalition Kurdish SDF while the second is controlled by Assad regime militias and their Iranian allies.
ISIS was defeated at its final shred of territory of Deir ez-Zoor's Baghouz in Syria on Saturday (March 23), announcing the end of its self-declared “caliphate” that once spanned a third of Iraq and Syria.