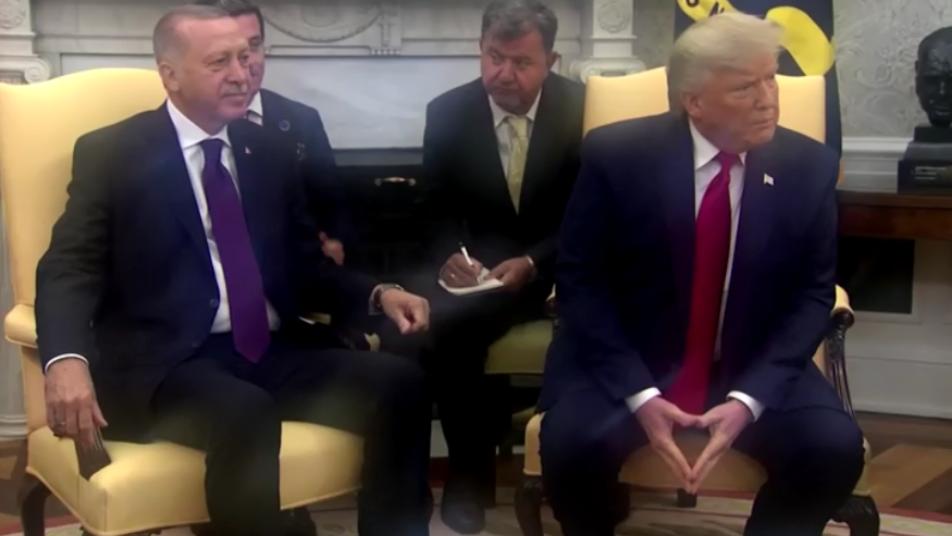 Orient Net
President Donald Trump on Wednesday (November 13) lauded the US relationship with Turkish President Tayyip Erdogan as the leaders started a meeting to overcome mounting differences between the two NATO allies ranging from Syria policy to Turkey's purchase of a Russian missile defense system.
Trump's warm welcome of the Turkish president comes amid anger in the US Congress about Ankara's Oct. 9 offensive into Syria to drive out a Kurdish militia, Washington's main partner in the fight against Islamic State.
"We've been friends for a long time, almost from Day 1. We understand each others' country. We understand where we are coming from," Trump told Erdogan as they sat next to each other in the Oval Office.
"They're highly respected in their country and in the region," Trump said of Erdogan and his wife Emine.
"We're keeping the oil. We have the oil. The oil is secure. We left troops behind only for the oil. And I have to just finish by saying that the president I have been... we've been very good friends. We've been friends for a long time, almost from day one. And we understand each other's country."
He also said they will be discussing Ankara's purchase of a Russian S-400 missile defense system. Trump also added that the two sides would talk about a potential $100-billion (USD) trade deal.
Washington and Ankara hit a new crisis point last month over Syria, after Erdogan began a cross-border incursion against America's Kurdish allies and upended the U.S. presence there.
Earlier this year, the United States was livid over Turkey's purchase of the Russian missile defense system, which Washington says is not compatible with NATO equipment including its F-35 fighter jet.
Also while with Erdogan, Trump told reporters that the Syrian ceasefire is holding very well. Trump said that the U.S. relationship with Turkey is good and his administration is speaking to the Kurds, who seem satisfied.