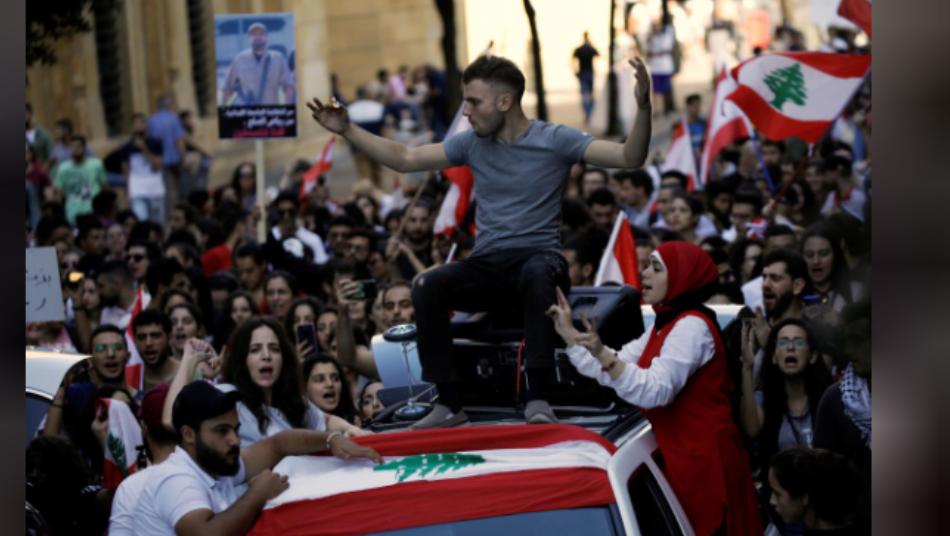 Orient Net
Lebanese protesters blocked major highways with burning tyres, saying they will remain in the streets following a televised interview in which the president urged them to go home.
Schools and universities closed on Wednesday, and banks remain shuttered - a reflection of the deepening political and financial crisis the country faces.
A man was killed by a Lebanese soldier during Tuesday night protests, marking the first such fatality since nationwide demonstrations engulfed the country on October 17.
The protesters took to the streets after President Michel Aoun said in a televised interview there could be further delays before a new government is formed.
He also called on those protesting to go home, warning of a catastrophe if the mass protests keep paralysing the country.