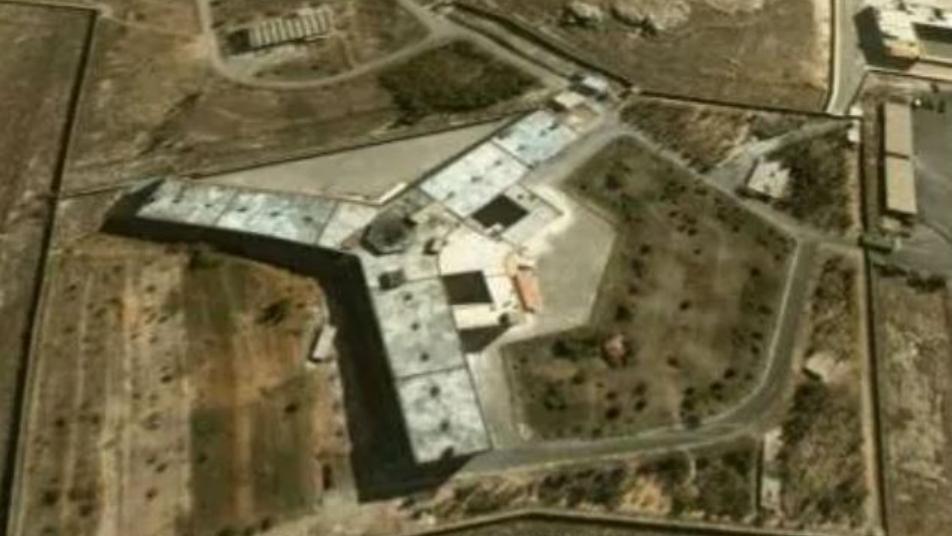 Orient Net
The Association of Detainees and The Missing in Sednaya Prison (ADMSP) stated in its first report issued its first report entitled “Sednaya Prison: Factory of death and enforced disappearance in Syria” in Gaziantep in Turkey on Tuesday (November 12).
The report monitors the procedures and consequences of detention in Sednaya Prison in Syria, that the Assad regime continues to use Sednaya Prison as a main centre for the detention and enforced disappearance of political detainees,   denying them any contact with the outside world and subjecting them to living in poor conditions that often lead them to death.
The report is based on 400 face-to-face interviews with former detainees in Sednaya prison, and it provides information about the changes on the political detention file in Syria and the overall political and social conditions associated with it. It also explains how the regime’s security institutions have learned their practices with the detainees, and how to use such practices in arresting, torturing and eliminating in prisons, in addition to using them as means to terrorising and subjugating the entire society, which contributes to a deeper understanding of the Assad regime’s security structure.
The 60-page report provides an estimate of the number of detainees who have been in Sednaya prison since its opening in 1987, until the beginning of 2019. It shows how the pace of detention has considerably accelerated after 2011, and confirms that it is very difficult to reach accurate statistics about the number of detainees there. The report states that the Syrian regime itself is unable to issue accurate lists of the numbers of detainees due to the numerous extrajudicial executions, torture, starvation, deprivation, total absence of health care services and access to the outside world.
__new_in_first_article1__
Through this report, the Association traces the security services that were and are still the entrance gates to Sednaya Prison. The Association clearly shows the magnitude of arrests caused by each security apparatus that led to Sednaya prison, in addition to talking about torture in places of detention and inside Sednaya prison.
The Association concluded in its report that there is a very high increase in resorting to the use of all types of physical, psychological and sexual torture after 2011 that aim to “leave visible physical effects accompanying the detainee long after his release, in order to spread terror in rebellious communities”.
This is the first time that so many former detainees in Sednaya prison have been reached. The Assad regime’s methods of detention and enforced disappearance may have been known to some Syrians, but this report shows, by providing figures and testimonies, how the regime used the mechanism of arrest and enforced disappearance as one of the tools of war against the Syrian society says Diab Serriyah, general coordinator of the Association of Detainees and The Missing in Sednaya Prison.
The report devotes a whole chapter to the trials of detainees in Sednaya prison. It illustrates the Assad regime’s resort to the Military Field Court after 2011 and shows how the number of Sednaya detainees increased dramatically from 24.3% before 2011 to 87.6% after 2011. The military field court lacks the minimum requirements of a fair trial as the detainee is not allowed to have access to a lawyer or any contact with the outside world. The report also states that only about 6.5% of the detainees in Sednaya have been brought before the Terrorism Court. Furthermore, the report points out that the percentage of detainees who said that their property was confiscated by the court after 2011 was significantly higher than the percentage of such cases before that year. The Association attributes this to the existence of state decisions that aim to ‘seize and confiscate the properties of detainees upon seizing their freedom.
The report also monitors the health, social and economic effects of the detention process on the lives of detainees and provides a clear picture of the extent of the damage suffered by the detainee as a result of the arrest itself and the torture that accompanied it. In addition, the report states that there is a large network of officials and influential persons within the regime, in addition to some judges and lawyers who are extorting the families of the detainees and forcibly disappeared persons in order to secure visits to their loved ones in places of detention, or to make promises to release them. This reinforces the Association’s hypothesis of the existence of state decisions aimed at looting detainees for their money, especially after 2011.
قيم هذا المقال 26 0