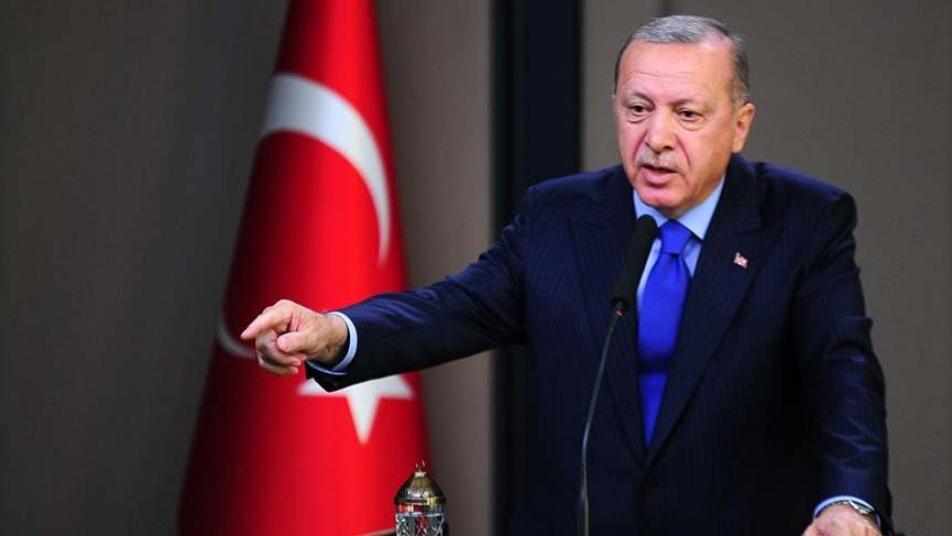 Orient Net
Turkish President Tayyip Erdogan said on Tuesday (November 12) he would tell President Donald Trump that the United States has not fulfilled its agreement last month to remove the Syrian Kurdish YPG militia from a region along Turkey’s border.
It is “impossible to say” that the “terrorists” have withdrawn from the strip of northeast Syria, Erdogan told reporters before a flight to Washington where he is scheduled to meet Trump at the White House on Wednesday.
Erdogan said Russia and the US did not fully clear People’s Protection Units (YPG) terrorists from the area specified in the safe zone agreements with both countries.
“I will discuss this with Trump [during my visit] and with Putin on the phone upon my return,” the president said.
Erdogan expressed Turkey’s determination to enhance relations with the US, saying that he is on the same page with President Donald Trump regarding the matter.
Erdogan also said that Turkey will continue to deport foreign ISIS terrorists to their countries of origin.
"Some countries have started panicking after we began the repatriation process of foreign ISIS terrorists. Turkey has been worrying about this issue for years, let others worry now," Erdogan told a news conference ahead of his official visit to the US.
He noted that it does not matter whether these countries accept the terrorists or not.
“The American Daesh terrorists stranded in buffer zone on Greece border is none of Turkey's concern, deportations will continue regardless,” Erdogan said, referring to an American terrorist who was not admitted by Greece, leaving him stranded in the buffer zone between Turkey and Greece.
There are 1,201 ISIS terrorists in Turkish prisons, while Turkey captured 287 fighters during Operation Peace Spring in Syria.
Based on Reuters, DS