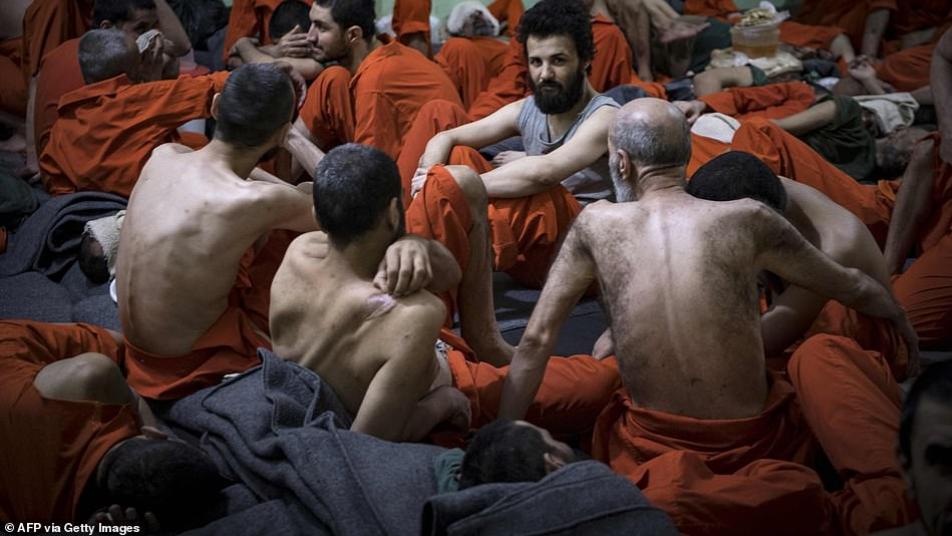 File Photo
Turkey began returning captured militants from the extremist ISIS group to the countries they come from on Monday (November 11), state broadcaster TRT Haber reported.
The move comes days after the Turkish interior minister, Suleyman Soylu, said his country was "not a hotel for ISIS members from any country." He also warned that Ankara would begin repatriation even if the prisoners had their citizenships revoked. It's, however, not clear whether this will be possible.
It's also not immediately clear how many jihadists will be repatriated. Turkish President Recep Tayyip Erdogan was cited as saying on Friday that there are 1,201 ISIS prisoners in Turkish prisons, while Turkey had captured 287 militants in Syria.
The spokesperson for the Interior Ministry, Ismail Catakli, said on Monday that a US national had been deported and seven German nationals would be returned on November 14. "One American foreign terrorist fighter whose proceedings are completed has been deported, Catakli was quoted as saying by state-run Anadolu news agency.
"Travel plans for seven foreign terrorist fighters of German origin at deportation centers have been completed, they will be deported on November 14," he added.
__new_in_first_article1__
"The proceedings for 11 foreign terrorist fighters of French origin captured in Syria is ongoing," Cataklı said.
He said foreign fighters from Ireland, Germany and Denmark were also being prepared for deportation.
In all, Turkey wants to send up to 1,300 foreign jihadis to their homes in Europe and elsewhere. Twenty of them are reported to be German.
In addition to those imprisoned in Turkey, Syrian Democratic Forces (SDF) are holding around 11,000 ISIS fighters in prisons in northeastern Syria, along with tens of thousands of women and children who are family members. Around one-fifth of the IS fighters imprisoned by SDF in northeast Syria are believed to be European.
According to the German Interior Ministry, more than 80 German ISIS members are imprisoned in Syria and Iraq.
Based on DW, Reuters, AFP, DS
قيم هذا المقال