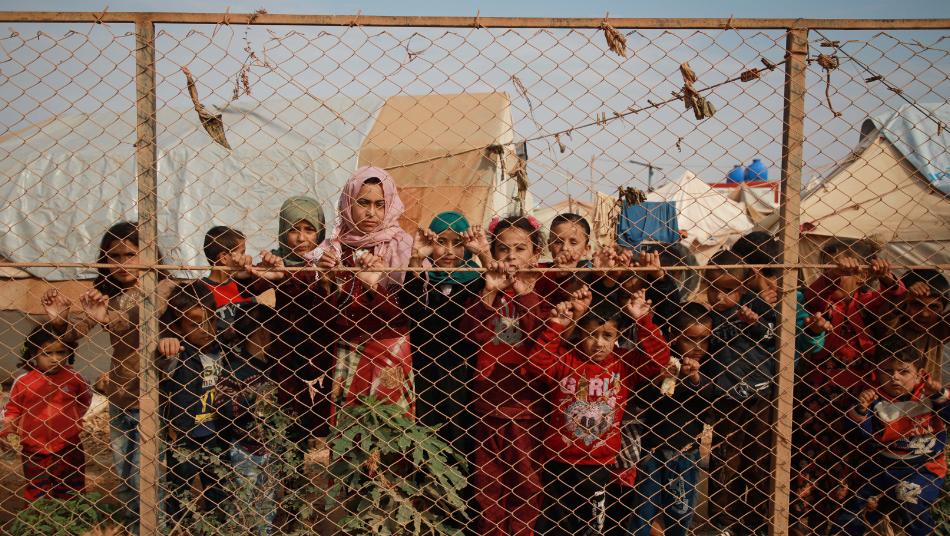 Orient Net
The UN children’s fund warns essential humanitarian programs for hundreds of thousands of children in Syria will have to be cut because it has run out of cash.
With just eight weeks left until the end of the year, the UN children’s fund reports only 53 percent has been met of its $295 million appeal for 2019.  Unless this major funding shortfall is urgently closed, it reports many children will be denied the lifesaving assistance they need.
UNICEF spokeswoman Marixie Mercado says these forced cuts come at a particularly difficult time of the year.
“With temperatures dropping quickly, UNICEF’s aim is to provide 578,000 children zero to 14 years old in camps, collective shelters, host communities and areas of acute need with crucial winter clothing.  At this point, we have funds for 356,000 children.  Without additional funding, 220,000 children will go without,” Mercado said.
UNICEF reports 5.5 million children across the country require assistance.  The agency is unable to help them all.  But Mercado noted it provides hundreds of thousands of Syria’s most vulnerable children with essential services that can make the difference between life and death for many.
“In northeast Syria, home to some of the most vulnerable children in the country, UNICEF’s work in 2019 has included vaccinating over half a million children, providing nearly 150,000 children with psychosocial support, and enabling over 100,000 children to enroll in formal education,” Mercado said.
Providing aid to children in this area has become more difficult since Turkish military forces invaded this Kurdish-controlled region last month. Despite the increased security risks, which limit freedom of movement, UNICEF says the most serious obstacle to reaching children in urgent need is the lack of money.
Mercado said some of the programs threatened by the shortfall include emergency water, sanitation and hygiene support, routine immunization, and specialized health and nutritional feeding for malnourished children.
She said mine-risk education for 170,000 people at particular risk also will go by the wayside. She noted one in two Syrians is at risk of stepping on an unexploded ordnance. Children are particularly vulnerable.
The report is based on VOA