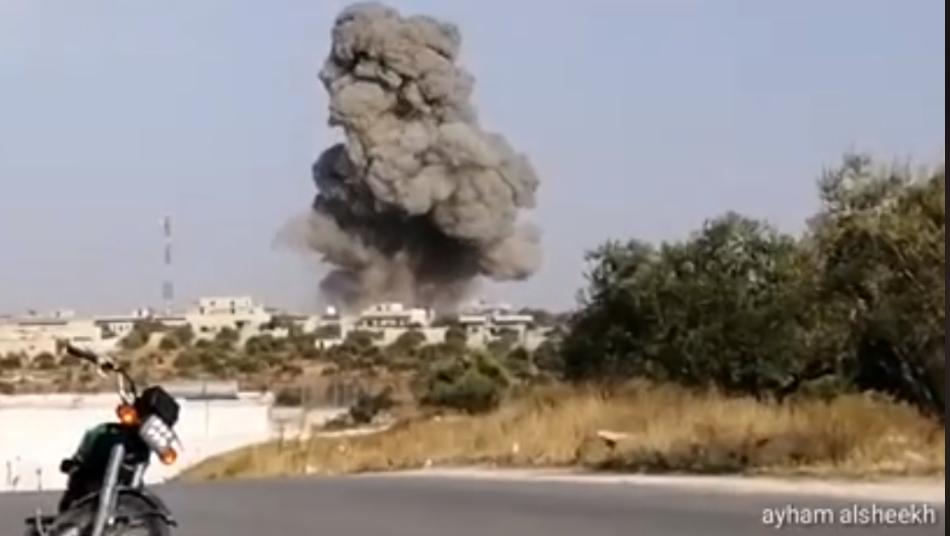 On Saturday (Nov 10), one girl was killed and others were injured by Assad attacks on an Internally Displaced Persons camp in eastern countryside of Idlib.
Heavy Assad airstrikes hit the town of Jisr al-Sheghoor damaging civilians' houses on Saturday, according to Macro Media Centre.

Meanwhile, at least 75 civilians were documented to have been killed in October by Russian and Assad attacks in Idlib countryside, The White Helmets volunteers said.
Idlib is the largest part of Syria controlled by opposition fighters and Hayet Tahrir al-Sham with a population swollen by displacing thousands of Syrians from other part of the country by Assad terrorists and their allies.