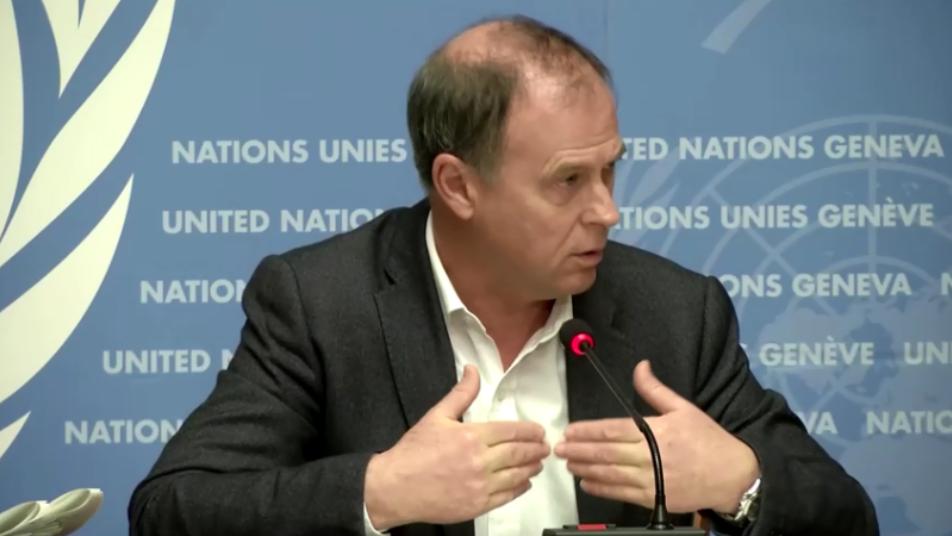 UN human rights spokesman Rupert Colville
Orient Net
More than 60 medical facilities have been hit in Syria's Idlib province in the past six months, including four this week, and appear to have been deliberately targeted by regime-affiliated militias, a UN rights spokesman said on Friday (November 8).
Idlib in Syria's northwest, the target of a Russian-backed offensive launched this summer to capture it and surrounding areas, is part of the last major rebel bastion in Syria's 8 1/2-year war.
Since April 29, 61 medical facilities have been hit there, including some that were struck several times, UN human rights spokesman Rupert Colville told journalists.
"We can't determine if every single attack is deliberate but the large scale of these attacks... strongly suggests that government-(regime) affiliated forces conducting these strikes are, at least partly, if not wholly, deliberately striking health facilities," he said at a Geneva news briefing.
"They can't possibly all be accidents," he told Reuters later. He said that, if it is proven that any or some of these were deliberate, they would amount to war crimes.
Damage was reported at the Kafranbel hospital on Nov. 6 - which had also been hit in May and July - and two air strikes also directly hit the al-Ikhlas hospital in southern Idlib, incapacitating it this week, Colville said.
Syria's Assad war has claimed the lives of hundreds of thousands and forced 13 million people from their homes, half of whom have left their wrecked country.