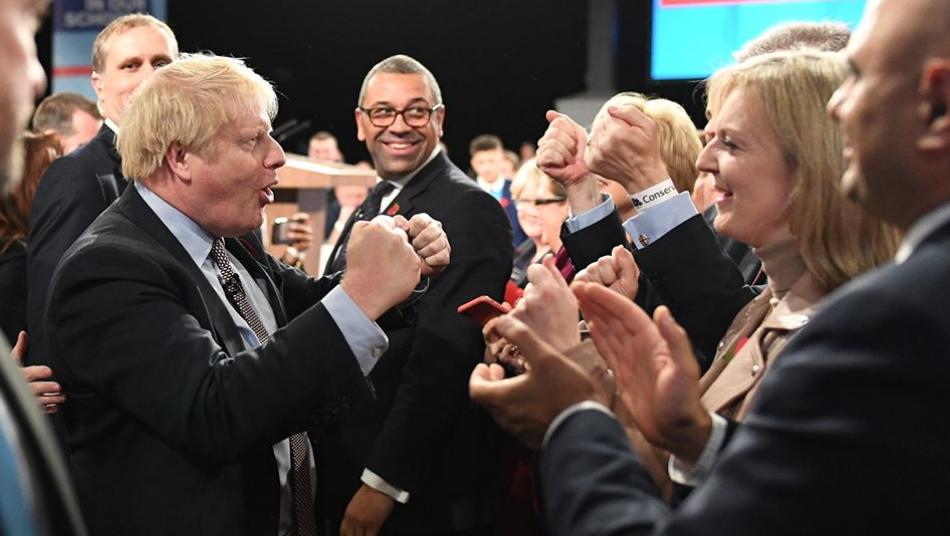 Boris Johnson's Facebook
__new_Underarticle_image_EN__
Orient Net
British Prime Minister Boris Johnson held a rally in Birmingham on Wednesday (November 6), casting the upcoming election as the most important in a generation and setting out the campaign message he will take across the country.
Johnson called a snap Dec. 12 election in a bid to break the Brexit deadlock that he says has paralysed Britain for more than three years and had started to undermine confidence in the world's fifth largest economy.
He pledged that if re-elected he would begin passing his Brexit deal through parliament straight away "so we get Brexit done in January and we put the uncertainty behind us."
A small group of anti-Johnson protesters were ejected from the venue before his speech began.
At the start of the campaign, Johnson's Conservatives enjoy a lead over the opposition Labour Party of between 7 and 17 percentage points, though pollsters warn that their models are wilting beside the Brexit furnace.