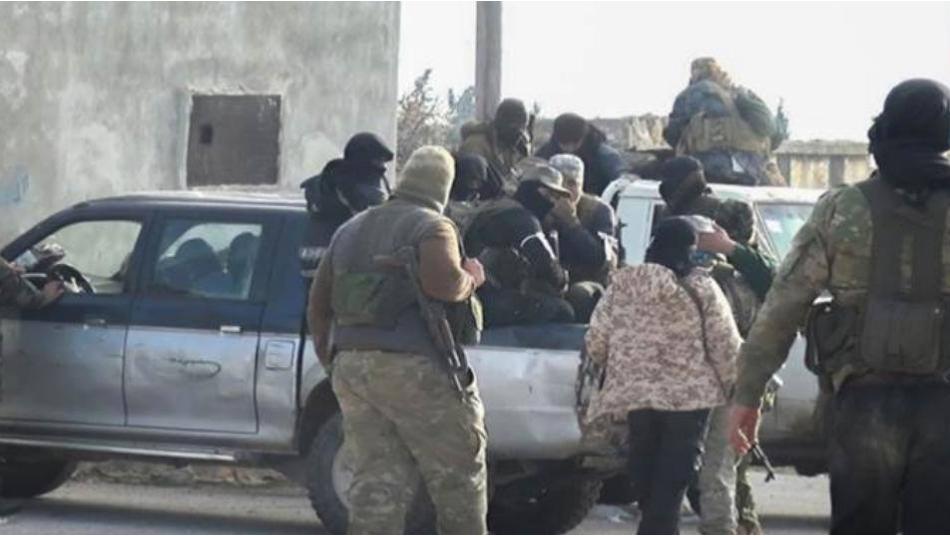 Orient Net
Fierce clashes erupted on Thursday (Nov 7) after Hayet Tahrir al-Sham (HTS) militants stormed the town of Kafr Takharim in Idlib western country, resulting in killing and injuring a number of civilians, Orient News learnt from local sources.
"Two civilians were killed and others were injured by HTS machine guns and shells in Kafr Takharim," Orient News correspondent confirmed.
The reason behind the clashes between HTS and local fighters was appointing a HTS member at every olive press to control the local production of the olive oil in a step to impose Zakat on owners of the olive presses, the sources explained.
Locals rejected the idea of appointing a member and said they will distribute the charity or Zakat on IDPs and poor people they know and that they don't want this to be imposed on them.
Earlier HTS held a meeting with some leaders of the town and gave locals deadline to apply its orders but the locals refused to recognoze the tribal leaders, accusing them of being traitors.
After ending the deadline, the hardliner group stormed the town from five axes, causing the reported casualties.
Idlib is controlled by HTS and opposition fighters with a population swollen by other Syrians who were displaced by Assad terrorists and their allies in other parts of the country.