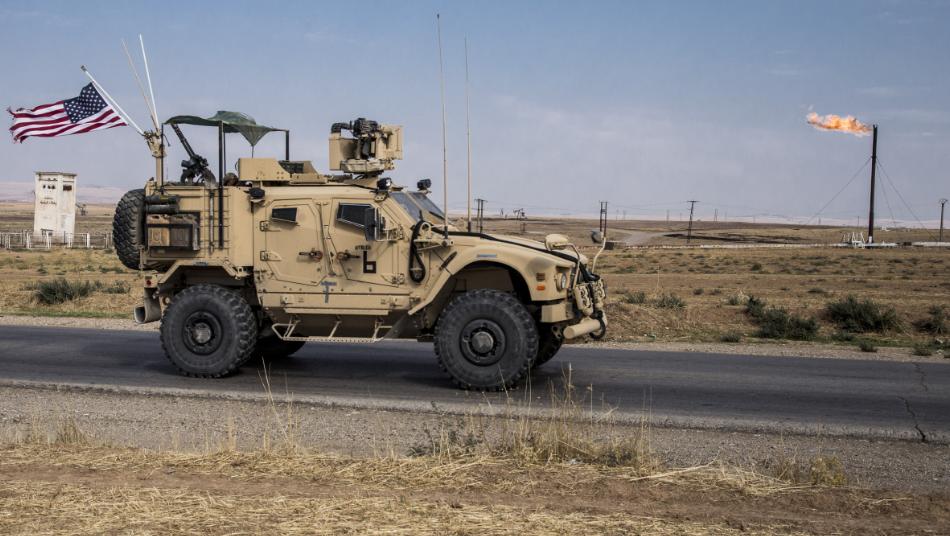 Orient Net
The oil extracted in northeastern Syria is being used by the local authorities for their own benefit, a senior State Department official said on Wednesday, apparently contradicting President Donald Trump’s suggestion last month that US energy companies might operate them.
During a news conference announcing the death of ISIS leader Abu Bakr al-Baghdadi in a US raid last month, Trump had raised the possibility of American oil companies taking over the oilfields in northeastern Syria, currently operated by the Syrian Democratic Forces, Washington’s Syrian Kurdish allies.
His comments drew sharp rebukes from lawyers and experts, who said the move was likely a legally dubious one.
On Wednesday, a senior State Department official said there was no direction from the White House to pursue such a way forward.
“The oil is being worked by the local authorities for the benefit of the local communities. We have no guidance here in Department of State from the administration to anything with the oil fields,” the official, speaking on condition of anonymity, told reporters in a briefing.
Despite Trump’s announcement in December 2018 that he would be pulling US troops out of Syria, he was forced to trim back his plans after a backlash from Congress, including from key Republicans. Critics said had he cleared the way for a long-threatened Turkish incursion against the SDF, which had been America’s top ally in the battle against the Islamic State militant group.