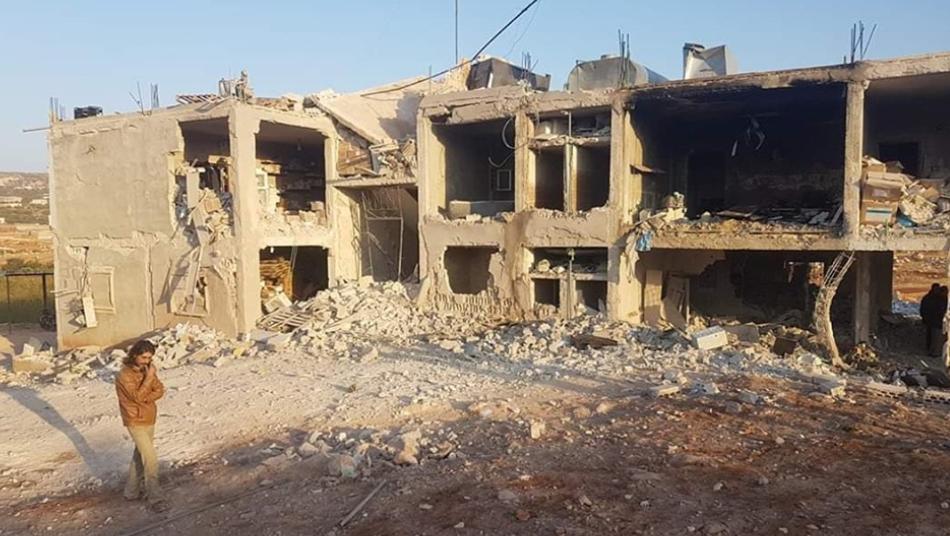 Orient Net
Russian warplanes attacked a hospital in a village in Jabel al-Zawia in Idlib countryside, injuring a number of the staff and rendering the hospital of service, Orient News correspondent said.
"At least five paramedics were injured after the aerial attack. The hospitals was rendered out of service," Mohammad al-Faisal said.
"The Gynecology and Pediatrics Hospital in the village of Shannan was rendered out of service after the Russian attack," Syrian activists tweeted on Wednesday (Nov 6).
On July 30, UN Secretary-General Antonio Guterres authorized an inquiry to investigate who bombed the facilities, especially those supposedly under the international body’s protection in the opposition-held area.