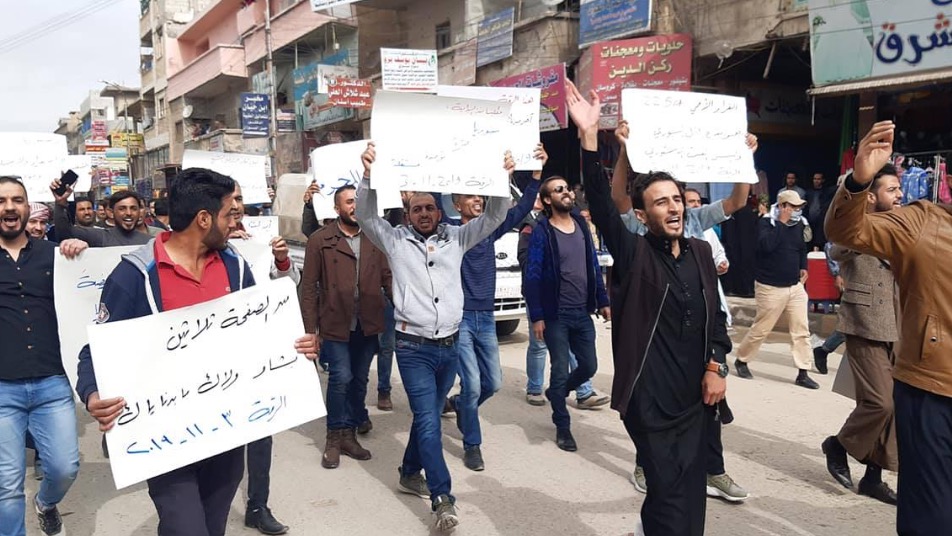 Orient Net
Syrians took to the streets in the city of Raqqa to protest against Assad militias following the negotiations between Assad and the SDF militias, Orient learnt from local sources.


The protesters reiterated their Syrian revolutions' demands of toppling Assad regime and working to achieve aspirations in democracy and freedom in an Assad-free Syria.
The protesters said their city, Raqqa, is not a spoil of war or a present to be granted among rivals and that there is no one who can negotiate in the name of Raqqa except its own sons.
Protesters saluted the Iraqi and Lebanese revolutions, assuring that the Iranians stand behind chaos and destruction in any country they have in.
It is worthy to note that the PKK-affiliated PYD and SDF militias started talks with Assad regime following Operation Peace Spring launched by Turkish military and the Syrian National Army last month.