The Observer view on Iraq protests and western indifference 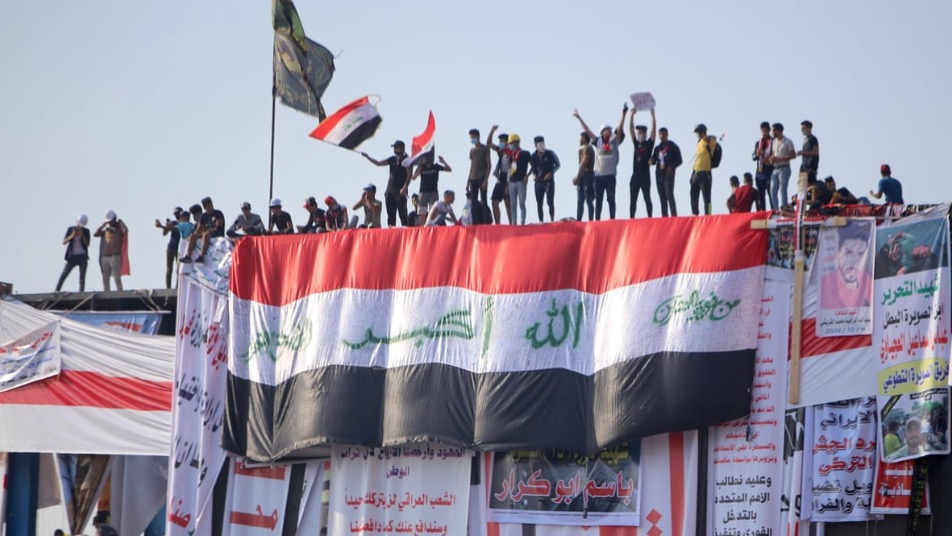 Orient Net
Iranian regime’s leaders say they have no wish to recreate the Persian empire in the present-day Middle East. Unlike the US, they say, Iran is not an imperialist power. That is not how it looks to many people in Lebanon, where Iran’s close financial and military links to the country’s leading Shia political organisation, Hezbollah, became the focus of angry anti-government street protests last week.
The benign view of Iran as friendly neighbourhood helper is also hard to square with its support for the Houthi rebellion in Yemen, where the death toll in four years of war has reached 100,000. This conflict resembles a classic proxy struggle between two external powers – Shia Iranian regime and Sunni Saudi Arabia – that are each vying for regional dominance.
The pervasive influence of the Islamic Revolutionary Guards Corps within Iran’s hardline clerical establishment, and its close ties to the supreme leader, Ayatollah Ali Khamenei, are key factors shaping what moderates worry is a risky policy of geopolitical overreach. Most prominent among the hawks is terrorist Maj Gen Qassem Soleimani, head of the IRGC’s elite Quds force.
So it was no surprise, perhaps, that Soleimani turned up in Iraq last week as mass demonstrations in Baghdad and other, mainly Shia, cities threatened to topple the government. Adel Abdul Mahdi, Iraq’s prime minister, owes his job to Iran, which became the main powerbroker after most US forces pulled out in 2011. Iraq is another non-province of Iran’s non-empire and Soleimani was not about to let it slip away.
The official explanation for his presence was innocuous. “[Iraq’s] security is important for us and we have helped them in the past. The head of our Quds force travels to Iraq and other regional countries regularly, particularly when our allies ask for our help,” an anonymous Iranian official said. In fact, Soleimani was knocking heads together following threats by key Shia leaders to abandon Abdul Mahdi.
Soleimani’s success in patching things up – the prospect of the prime minister’s enforced resignation appears to have receded – does not augur well for Iraq. On Friday, two days after his intervention, Baghdad had the biggest anti-government demonstration to date. The protesters want a root-and-branch clear-out of Iraq’s entire ruling elite, regardless of sectarian and ethnic allegiances – and an end to Iran’s string-pulling.
This unprecedented post-Saddam challenge to the established order is not just a problem for Tehran. It is an existential problem for Iraq’s fragile three-way democratic power-sharing system cobbled together after the 2003 invasion. Iraq’s leaders have too often failed to provide basic necessities such as clean water and electricity. Iraq’s young people lack opportunities and jobs. Politicians, whether they be Sunni or Shia Arabs or Kurds, are widely dismissed as corrupt and incompetent.
In a country that is Opec’s second-largest oil producer and home to 12% of the world’s oil reserves, such persistent failures seem particularly hard to excuse. On the other hand, Iraq is still recovering from the traumatic US occupation and, more recently, from the fight to the death against ISIS.
Many in the US (and Britain) regard the Iraq chapter as closed. This is not the case. Western countries that, not unlike modern Iran, acted imperiously and illegally to impose regime change on Iraq and subsequently control and direct Iraq’s affairs have a continuing responsibility to help secure its democratic integrity, freedom from jihadist terror, and economic and social viability.
This responsibility extends foremost to the Iraqi people, who are loudly demanding a new beginning. In recent days, about 250 have been killed, and thousands more wounded, for having the temerity to insist on the free, just democracy that they were promised in 2003. If this carnage were occurring in Hong Kong or Barcelona, there would be a deafening uproar. Why, when we claimed to care so much, do we not care about Iraq?
Click here for the original story