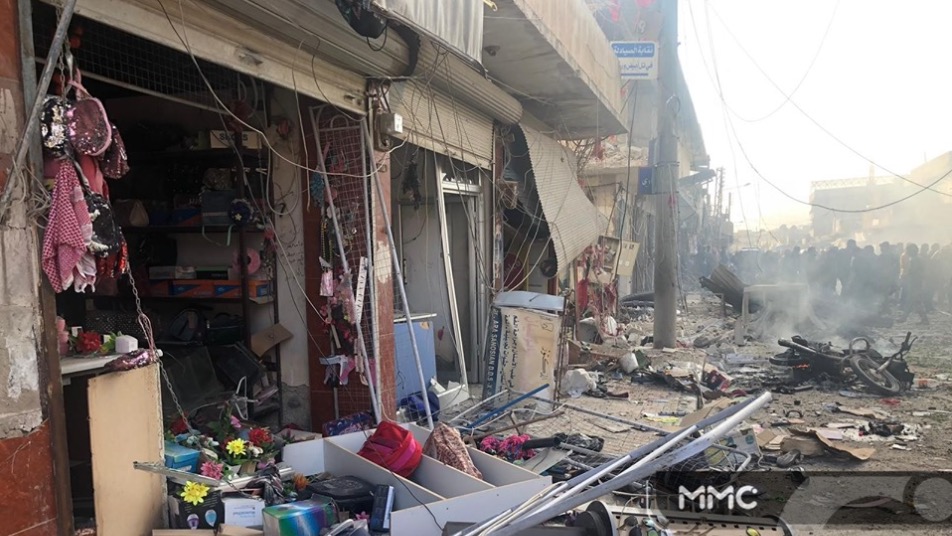 Orient Net
The number of civilians who lost their lives in the city of Tel Abyad after the car bomb explosion rose to 20, local sources told Orient News.
The explosion took place on Saturday (Nov 2) immediately killed 13 people and injured 30 injured in the Syrian town near the Turkey's border.
Tel Abyad is one of two major border towns that were the initial focus of Turkey's cross-border operation in recent weeks to capture territory from Kurdish militia in northern Syria.
The town is where some of the heaviest fighting has taken place since the Turkish military-backed Syrian National Army launched its incursion last month in northeast Syria against the YPG, which for years was allied to the United States in the fight against ISIS.