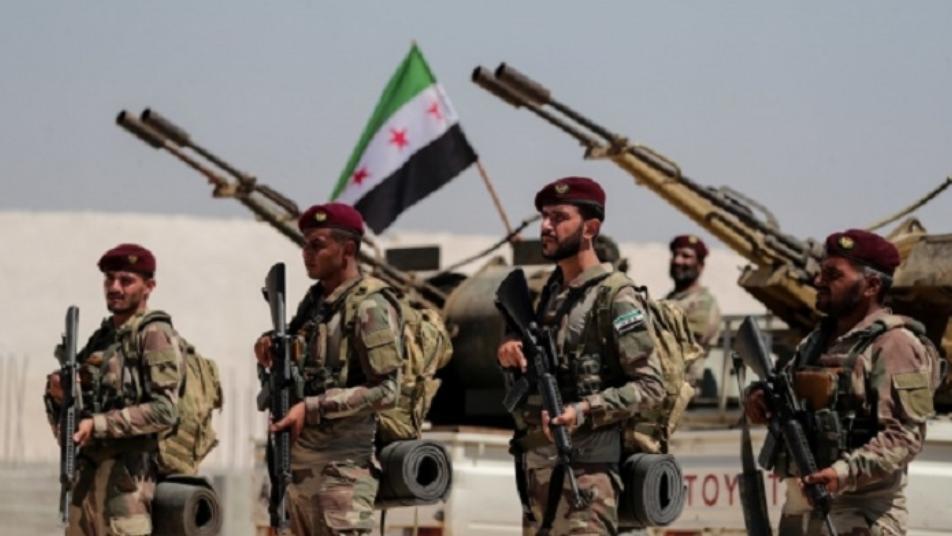 Orient Net
132 Syrian National Army (SNA) soldiers have been killed in attacks by YPG/PKK terrorists as of Friday (November 1), since the launch of a Turkey-led anti-terror operation in northern Syria, according to information compiled from SNA commanders.
The Turkish military and SNA continue with security activities to uphold peace in the region.
After the operation was paused, SNA soldiers have been holding the front lines around northern Tal Abyad and Ras Al-Ayn districts and destroying improvised explosive devices recovered from terrorists.
According to SNA commanders, the number of SNA killed has reached 132 with 491 wounded amid continuing attacks by YPG/PKK terrorists since the launch of Operation Peace Spring.
__new_in_first_article1__
Turkish President Recep Tayyip Erdogan honored on the SNA soldiers, saying during his ruling Justice and Development (AK) Party's meeting on Tuesday that SNA soldiers are "mujahids who kill fear and death”.
Erdogan said: "They have been martyred with our soldiers while they were trying to save and protect their homes. This solidarity takes us to victory.”
Launched on Oct. 9, the anti-terror Operation Peace Spring aims to eliminate terrorist YPG/PKK elements from northern Syria east of the Euphrates River in order to secure Turkey’s borders, aid in the safe return of Syrian refugees, and ensure Syria’s territorial integrity.
Based on AA
قيم هذا المقال 1 0