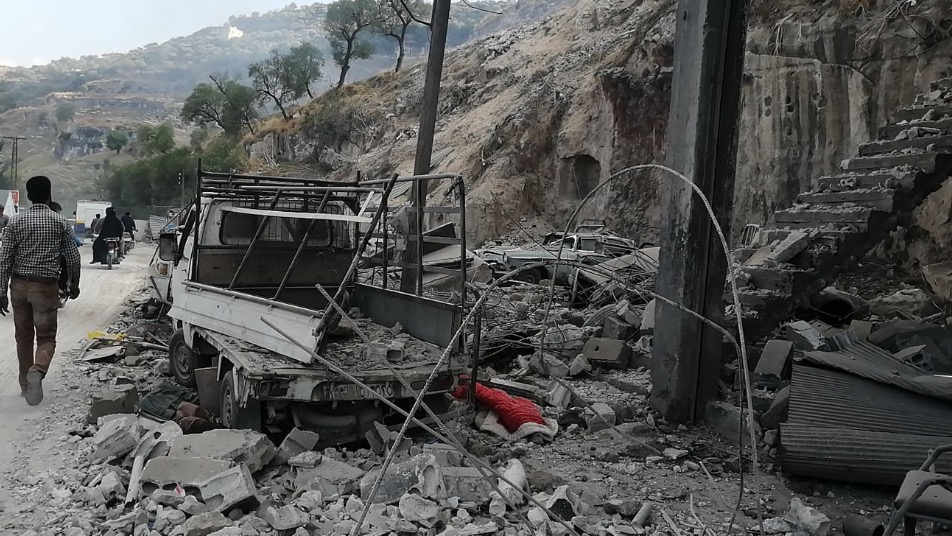 Blasts in Idlib's Darkush kill at least 4 civilians
A series of blasts took place on Thursday (Oct 31) in Idlib countryside, killing and injuring civilians, Orient News correspondent said.
"At least four civilians were killed in Darkush in western Idlib, others were injured, debris and shrapnel pieces were seen by me as I was near the scene of the explosions," Orient News' Hashem al-Abdullah said.
Idlib is a the largest part of Syria controlled by the opposition fighters and by Hayet Tahir al-Sham with a population swollen by other Syrians after they were displaced by the Assad regime militias and their allies in other parts of the country.
قيم هذا المقال 16 0