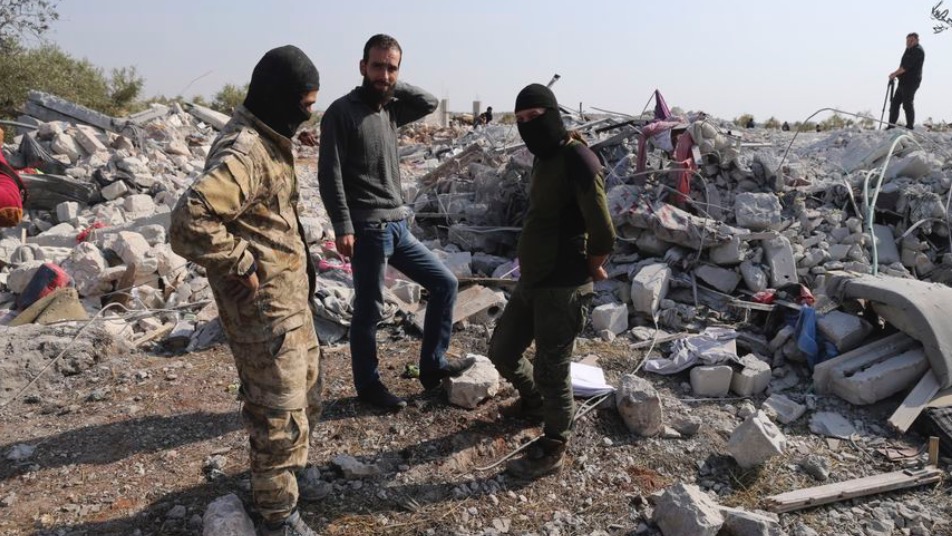 “Just confirmed that Abu Bakr al-Baghdadi’s number one replacement has been terminated by American troops,” Mr. Trump tweeted. “Most likely would have taken the top spot - Now he is also Dead!”
The death of Abu Hassan al-Muhajir, a spokesman for ISIS, is another major blow to the extremist group. He was killed in a separate operation, a joint raid between Kurdish-led and US forces in northern Syria.
Al-Baghdadi detonated a suicide vest as US special operations troops closed in on him at a compound in Syria last weekend.
Mr. Trump told a police chiefs’ convention on Monday that al-Baghdadi was “dead as a doornail.”