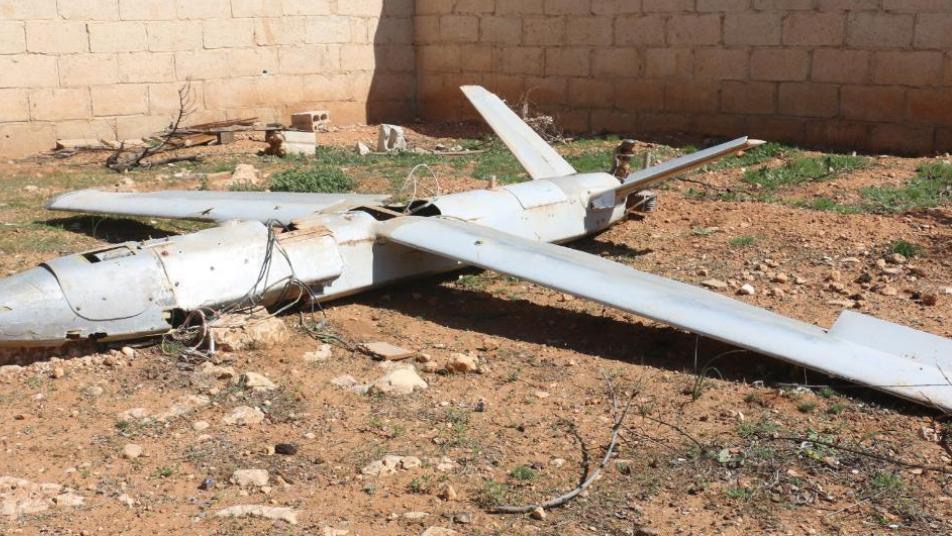 Orient Net
Syrian National Army (SNA) fighters said they downed a YPG reconnaissance drone in Hasaka northern countryside on Tuesday (Oct 29).
The SNA liberated a number of villages in Ras al-Ein, including Salehiyya, Sanqliyeh, Mariyot and Um Hamel from the YPG militias.
Turkey and Russia reached a memorandum of understanding in Sochi on the 22nd of October which included the YPG withdrawal from the areas on the Turkish border but sources told Orient News that the PKK-militias did not withdraw from Menbij and Tel Rifaet.
Russia and Turkey agreed on establishing a joint monitoring and verification mechanism to oversee and coordinate the implementation of this memorandum.