Russia slams US move on Syrian oil fields as 'banditry' 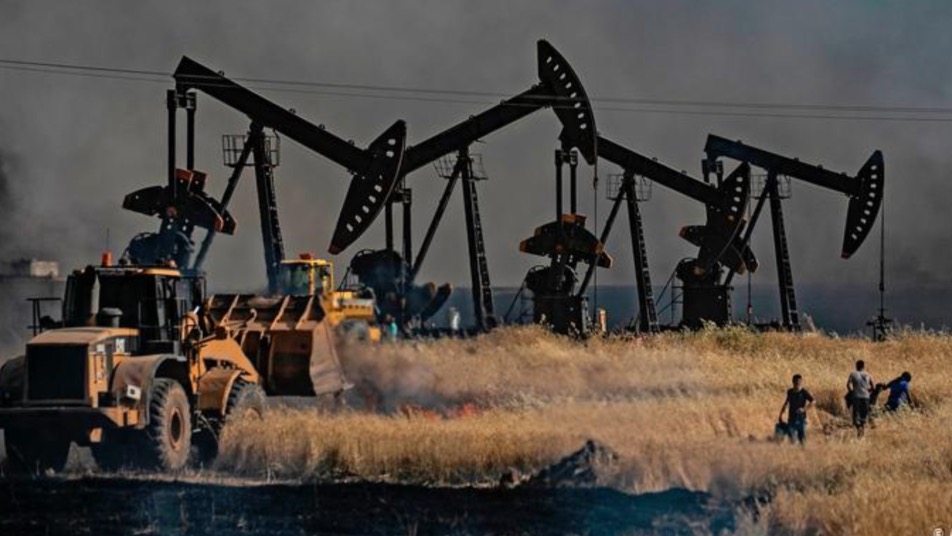 Orient Net
Russia's Foreign Ministry on Saturday said the US has no right to seize oil fields currently controlled by Kurdish forces in the eastern Syrian area of Deir el-Zoor.
The condemnation came amid reports that a US military convoy of a dozen vehicles was moving south towards the site.
An unnamed US military official confirmed to AFP news agency that the Pentagon began reinforcing its presence in Deir el-Zour, which boasts rich oil fields
"This, what Washington is doing now — capturing and maintaining control through the use of arms over oil fields in eastern Syria — that is, to put it simply, international, state-sponsored banditry," said Russian General Igor Konashenkov.
The tension comes as Kurdish-led forces were forced to retreat from parts of the northeast border, as laid out by a cease-fire deal struck bilaterally between Russia and Turkey.
Turkey launched its operation two weeks ago after US President Donald Trump abruptly ordered all US troops in northeastern Syria to leave. Trump's move paved the way for Turkey to launch a cross-border operation against the Kurdish-led Syrian Democratic Forces (SDF).