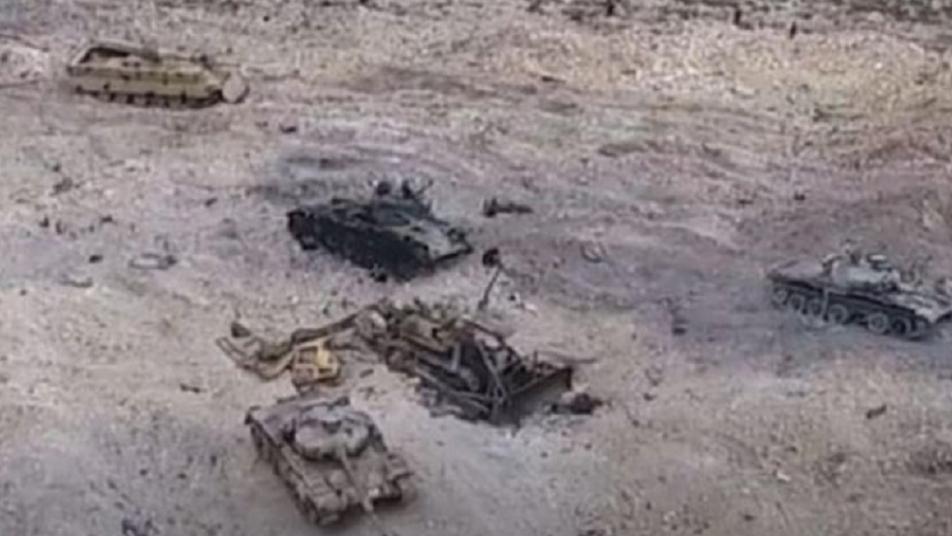 Orient Net
Syrian opposition fighters posted footage online on Saturday (October 26) showing the destruction of Assad tanks in Latakia countryside.
Four tanks and a bulldozer were destroyed by anti-armor missiles on the front of the Kabina in the Akrad Mountain in Latakia northern countryside.
At least ten Assad militiamen were killed, including two officers and others were injured as opposition factions thwarted regime’s incursion attempt, a field source told Orient Net.
For the second month, Assad helicopters dropped on Saturday barrel bombs on the Kabina Hill.
In May, Assad militiamen used the chlorine gas shells in the Kabina Hill after they failed to make any progress on the front.
Assad militias based in al-Turkmen Mountain and the al-Akrad Mountain in Latakia countryside continue to target opposition-controlled areas with heavy artillery and rocket fire.