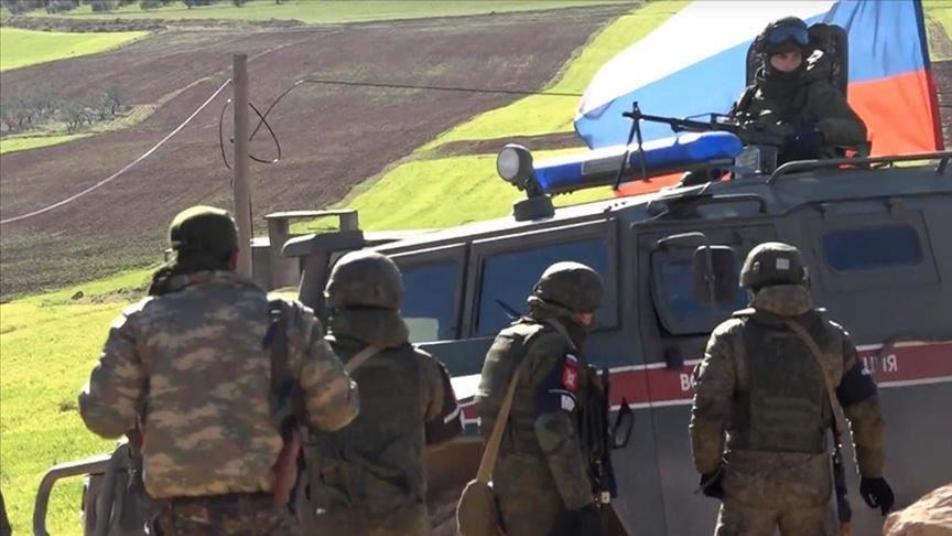 Photo: AA
Orient Net
Russian military police carried out their first patrol in northern Syria Wednesday under a deal between Ankara and Moscow that requires PKK/YPG militants to withdraw from a planned safe zone.
"In accordance with the memorandum of the deal that was signed between Turkey and Russia in Sochi on Oct. 22, today, Russian occupation military police patrolled the designated route in northern Syria for the first time," Russia’s Defense Ministry said in a statement.
On Oct. 9, Turkey launched Operation Peace Spring to eliminate "terrorists" from northern Syria east of the Euphrates River in order to secure Turkey’s borders, aid in the safe return of Syrian refugees and ensure Syria’s territorial integrity.
Ankara agreed with Washington on Oct. 17 to pause its operation for 120 hours to allow YPG/PKK to withdraw from the planned zone.
On Tuesday, Turkish President Recep Tayyip Erdogan and his Russian counterpart Vladimir Putin held a "historic" meeting in the Black Sea resort town of Sochi just hours before the pause was set to expire.