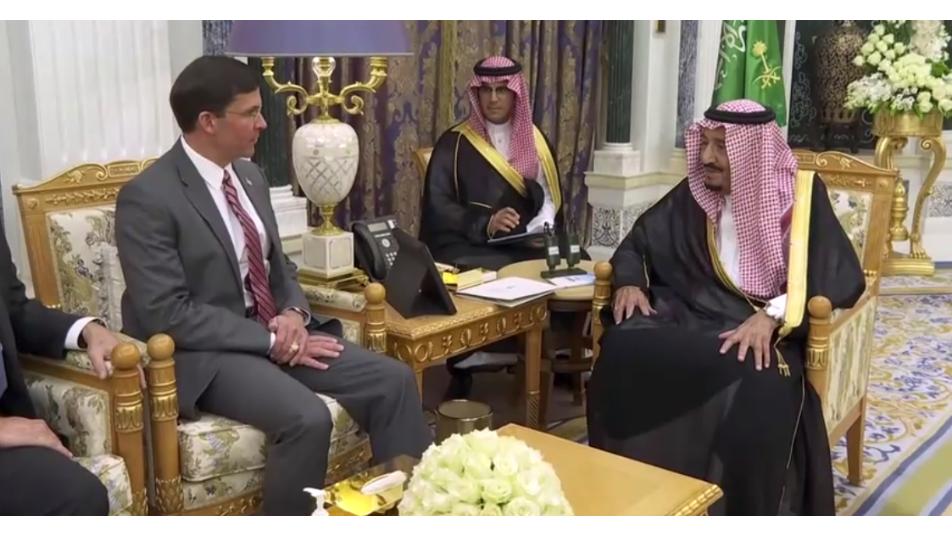 Photo: Reuters
Orient Net
US Defense Secretary Mark Esper met Saudi Arabia's King Salman on Tuesday (October 22) as tensions simmer between Washington and Tehran, and Russia seeks to increase its regional influence.
Esper told King Salman the United States maintained its commitment to Saudi Arabia's defense efforts.
US-Iran tensions have risen to new highs since May 2018, when the Trump administration withdrew from a 2015 international nuclear accord with Tehran that put limits on its nuclear programme in exchange for the easing of sanctions.
Diplomatic pressures in the Gulf region have risen since attacks on oil tankers near the Strait of Hormuz in May and June and more limited strikes on Saudi energy assets in recent months that Riyadh has also blamed on Iran. Tehran denies any involvement.
The United States has deployed military forces to Saudi Arabia to bolster the kingdom's defenses after attacks last month on its oil facilities.