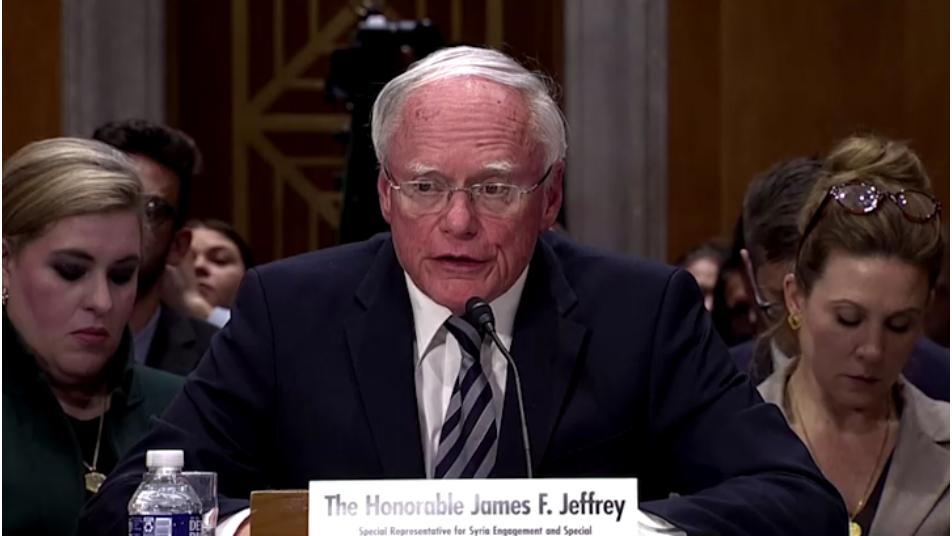 Photo: Reuters
Orient Net
The Republican-led Senate Foreign Relations Committee called Jeffrey to testify two weeks after Trump abruptly announced that he was removing US troops from Syria, clearing the way for Turkey's offensive against the Kurds and changing the course of the more than eight-year-long Syrian war.
Jeffrey told the committee on Tuesday "dozens" of ISIS terrorists had been freed since Turkey began its incursion in northeastern Syria.
Committee members from both parties raised concerns that the United States had lost leverage over Ankara, "abandoned" Kurdish fighters who had helped battle ISIS militants and about the danger of increased instability in a volatile region.
Jeffrey said he was not consulted about Trump's plan to withdraw troops. He said he was angry about Turkey's offensive, but said Turkey remains a democracy that shares many US values and is not an international rival.