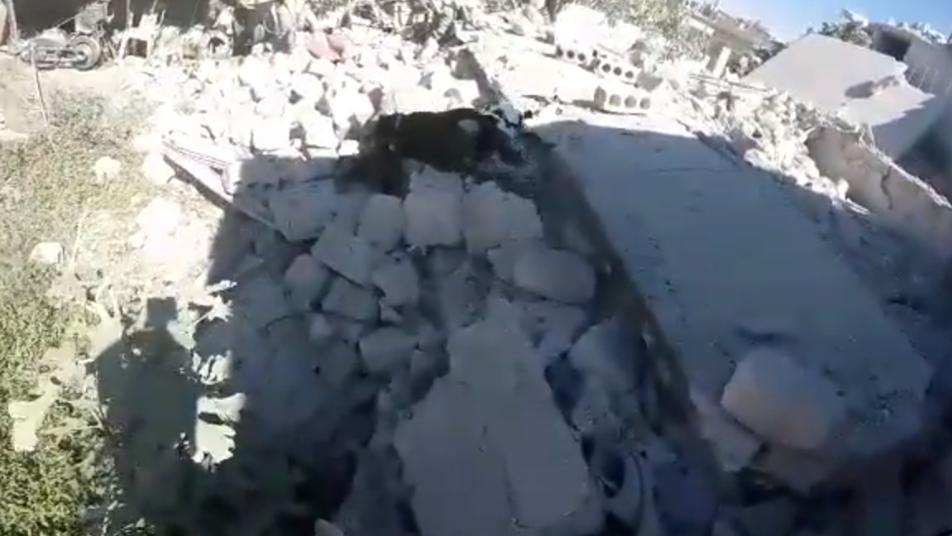 Orient Net
Russian warplanes have conducted multiple airstrikes on a town in Idlib southern countryside, Orient News correspondent says.
"At least four airstrikes hit the town of Maaret Hurmeh, no casualties were reported, observers expect more airstrikes to take place in the coming hours," Mohammad al-Faisal said.
Bashar Assad made a rare visit to a frontline of Syria's conflict on Tuesday (October 22), touring an area in war-torn northwestern Idlib countryside close to the major bastion of Turkey-backed opposition forces.
Assad militias and their allies killed, injured and displaced hundreds of thousands of Syrians in Idlib and Hama countryside in their last bombing campaign which mainly started in the end of March and was ordered to be halted by Russia in the end of August 2019.