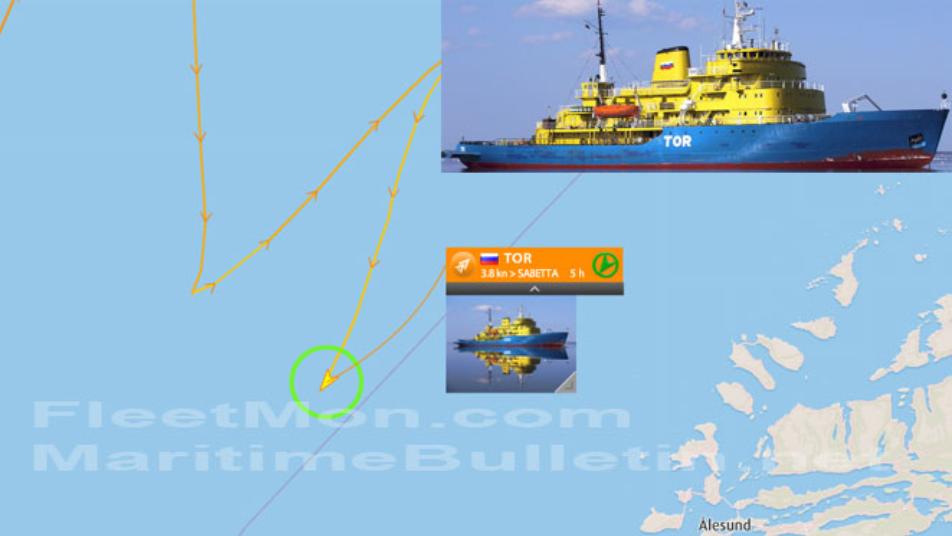 Ice breaker TOR, IMO 5418197, GT 3947, built 1964, flag Russia, owner ROSMORPORT.
Orient Net
A Russian icebreaking vessel with 33 people on board has made a Mayday call during a storm off the coast of western Norway, the Norwegian Joint Rescue Coordination Center said on Tuesday.
The vessel initially lost engine power but has regained some ability to maneuver, the rescue service said, adding that tugboats are also on the way.