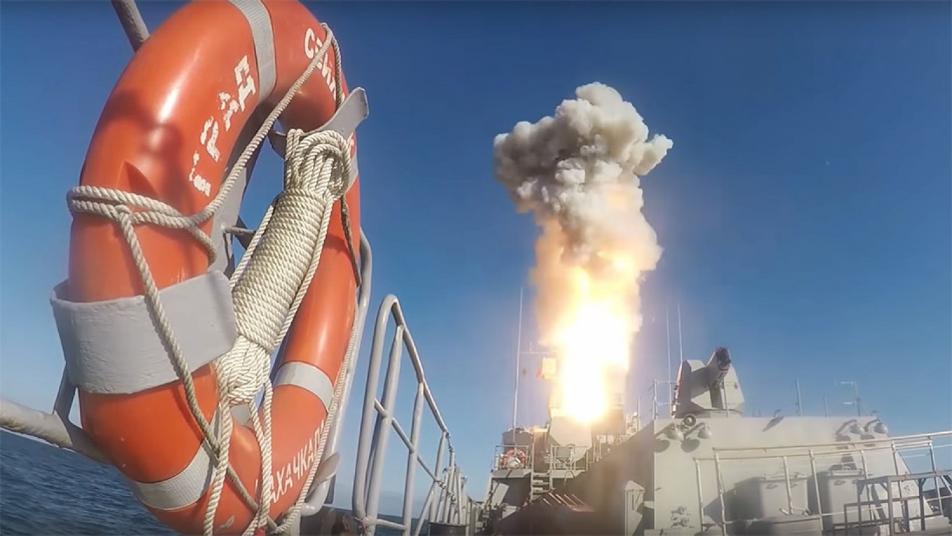 Russian Defense Ministry / Youtube
Orient Net
A Russian nuclear-powered submarine misfired one of its missiles at large-scale military exercises presided by President Vladimir Putin on the country's northern coast last week, the Vedomosti newspaper reported Monday (October 21).
The Ryazan Delta III class nuclear-powered vessel was one of five submarines, more than 100 aircraft, 200 missile launchers and 12,000 troops involved in the Grom-2019 military exercises last week. Putin supervised Grom-2019 on the last of three days of drills on Thursday.
The Ryazan submarine fired only one ballistic missile into a test range in the Barents Sea instead of the two that had been announced by the Russian military before the launch, Vedomosti reported.
The second R-29R missile did not exit the silo launcher, and the submarine returned to its home base with an unexploded missile, it wrote, citing two unnamed sources close to Russia’s Defense Ministry.
The R-29R is a Soviet-era missile that was first deployed in 1977.
The Russian Navy’s Pacific Fleet, general staff and the defense industry will reportedly form a special commission to investigate the causes of the misfire.
Last week's exercise aimed to test the readiness of Russia's command structure and how efficiently its orders are carried out.
Based on The Moscow Times