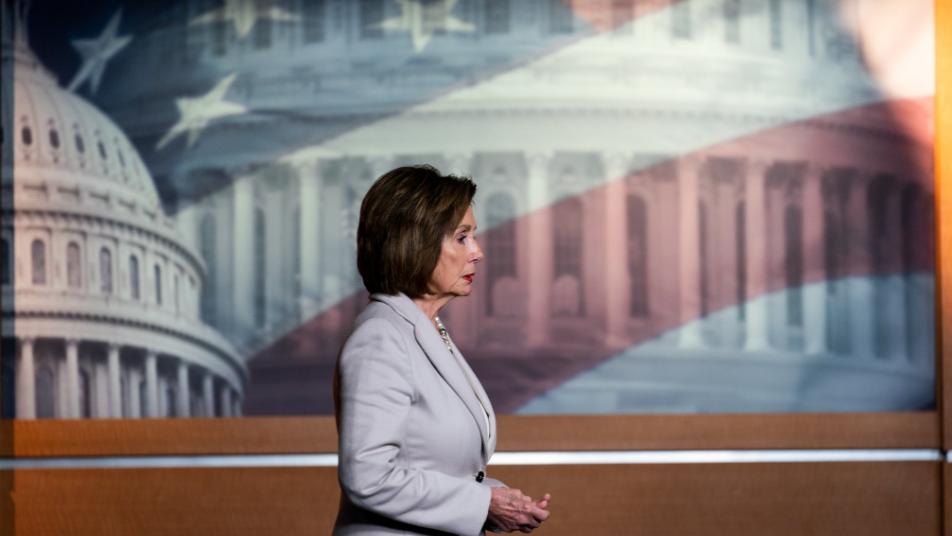 Orient Net
Speaker Nancy Pelosi has traveled to Jordan to meet with the Jordanian king for “vital” discussions about the Turkish incursion into Syria and other regional challenges, amid uncertainty about whether an American-brokered ceasefire with Turkey in northern Syria was holding.
The visit by senior United States officials came as sporadic clashes continued on Sunday morning along the Turkish-Syrian border, where, according to the Turkish Defense Ministry, a Turkish soldier was killed by Kurdish fighters in the Syrian border town of Tel Abyad.
Confusion and continued shelling have marred the ceasefire deal announced by Vice President Mike Pence last week, with both Turkey and Kurdish leaders accusing each other of violating the truce.
Ms. Pelosi, a California Democrat, led a nine-member bipartisan congressional delegation to Jordan that included Representatives Adam Schiff, Democrat of California; Eliot L. Engel, Democrat of New York; and Mac Thornberry, Republican of Texas. The group met with King Abdullah II of Jordan on Saturday evening.