US jets strike ammo left behind in Syria's Ayn al-Arab

US jets strike ammo left behind in Syria's Ayn al-Arab 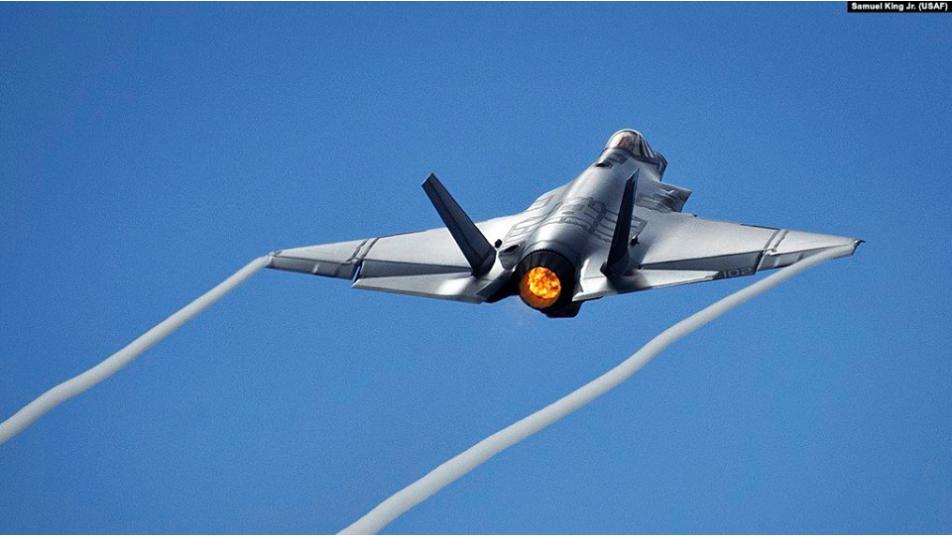 US jets strike ammo left behind in Syria's Ayn al-Arab
__new_Underarticle_image_EN__
Orient Net
Two US fighter jets launched airstrikes Wednesday to destroy ammunition that was left behind when American forces left a cement factory south of Ayn al-Arab (Kobani), Syria.
The factory had served as a coordination center for the US-led coalition and the Syrian Democratic Forces (SDF).
US Army Col. Myles Caggins, a spokesman for the coalition, said the F-15E fighter jet strikes were pre-planned and destroyed ammunition stored at the Lafarge Cement Factory.
__new_in_first_article1__

On Oct. 16, after all #Coalition personnel and essential tactical equipment departed, two Coalition F-15Es successfully conducted a pre-planned precision airstrike at the Lafarge Cement Factory to destroy an ammunition cache and reduce the facility’s military usefulness.

He added that all coalition personnel and "essential tactical equipment" had left the base before the strike.
Most of the 1,000 US troops in Syria are being withdrawn over the coming days and weeks following Turkey's anti-terrorist operation in northeastern Syria.
Turkey launched Operation Peace Spring, the third in a series of cross-border anti-terror operations in northern Syria targeting terrorists affiliated with Daesh and the PKK's Syrian offshoot the People's Protection Units (YPG), on Oct. 9.