SDF, not Assad militias, moved from Aleppo to Menbij 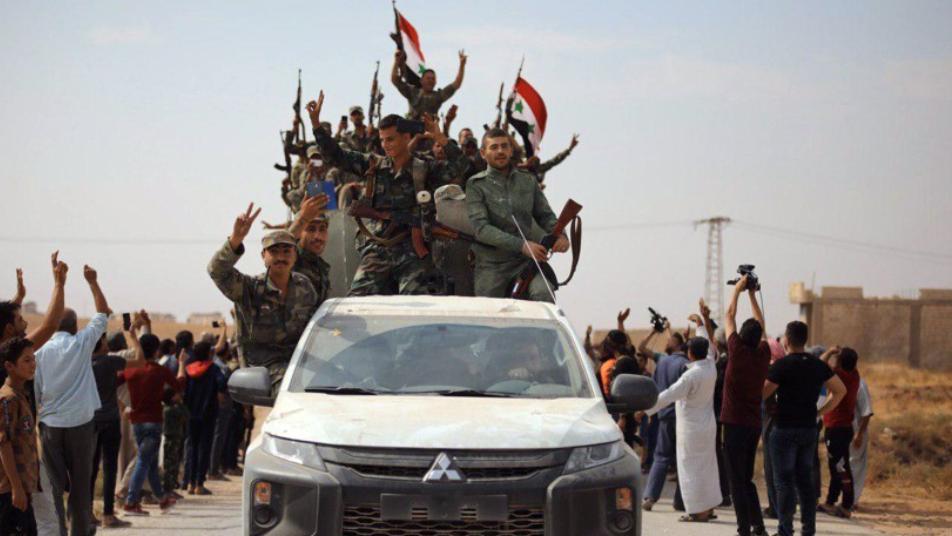 SDF, not Assad militias, moved from Aleppo to Menbij

Syrian National Army's (SNA) spokesperson said on Tuesday (October 15) Assad militiamen did not enter the city of Menbij in Aleppo eastern countryside as the regime media outlets claimed.
Major Yusuf Hamood, said, it was a trick played by the PKK-affiliated Syrian Democratic Forces (SDF) and the regime militia to delay the progress of the Turkish Operation Peace Spring.
SDF moved its convoys from areas in Aleppo's Sheikh Maqsood neighbourhood into Menbij city while the regime media was reporting the story as a "major victory" for the Assad army.
__new_in_first_article1__
Locals, driven by fear, took to the streets to welcome what they thought to be the regime convoys and chanted  pro-Assad slogans, but they were immediately dispersed by the SDF militiamen.
"We have heard that the SDF struck a deal with the regime militias. We assure the regime forces haven’t entered Menbij. The militants who raised the regime’s flag were PKK terrorists. The regime militias can’t make any advance without a green light by the Russians and the Americans. The regime’s advance is excluded in this phase, Mustafa Sejeri told TRTWORLD TV channel.
"The Syrian National Army is committed to the orders of the Turkish military in terms of establishing a safe zone and fighting terrorist groups. We will continue to work on this strategic goal in toppling the Assad regime and building Syria of future," Sejeri added.
قيم هذا المقال 28 0