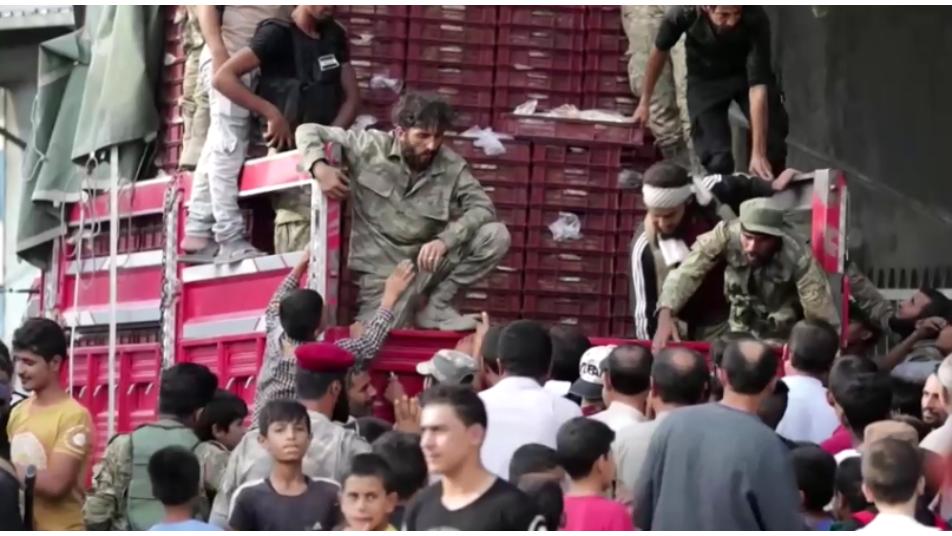 Turkey-backed Syrian opposition fighters were seen distributing bread to civilians on Tuesday (October 15) in the town of Tel Abyad, Reuters reported.
Crowds of civilians were seen queuing in front of a large truck to collect bread distributed by opposition fighters in military attire.
Turkey pressed ahead with its operation in northern Syria on Tuesday despite US sanctions and growing calls for it to stop, while Assad Russia-backed militia moved on Menbij that was abandoned by US forces in Donald Trump's retreat.
The United Nations says 160,000 people have fled their homes as Turkish forces advance. The regional Kurdish administration puts the number of displaced at 270,000.
The UN Security Council will likely meet on Wednesday (October 16) to discuss the latest developments in Syria, diplomats said, the second such session since Turkey began its offensive.
قيم هذا المقال 13 0